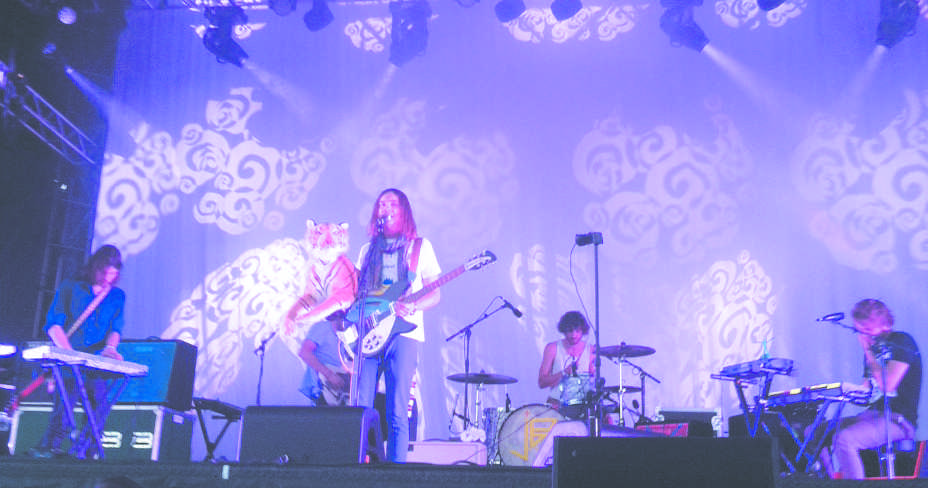 Music lovers, families, students, and musicians gathered in early October for the annual Austin City Limits festival that claims the grounds of Zilker Park every year.

ACL attracted more than 75,000 people each day the first weekend to see a line-up totaling 130 bands. After a 12-years of the same format, festival organizers added a twist this year by extending the festival to a second weekend of concerts.

Headliners Depeche Mode, The Cure, and Lionel Richie lit up the night and attracted people of all ages despite the familiarity with the older crowd.

Smaller headliners like Phoenix, Tame Impala, Passion Pit and Kendrick Lamar also attracted large numbers of people to the stage with flags and signs of different sorts in their hands to represent themselves in the sea of festival goers.

Pop-rock trio Haim drew a large crowd with a memorable performance. The audience enthusiastically responded to the band’s drumming and guitar skills with rhythmic clapping and cheering that left listeners energetic and ready for more.

ACL’s first year of two weekends was a success for many with local food, renowned bands, sunny – yet cool – weather. The festival continued the tradition of defining what gives Austin its reputation as the “live music capital of the world.”