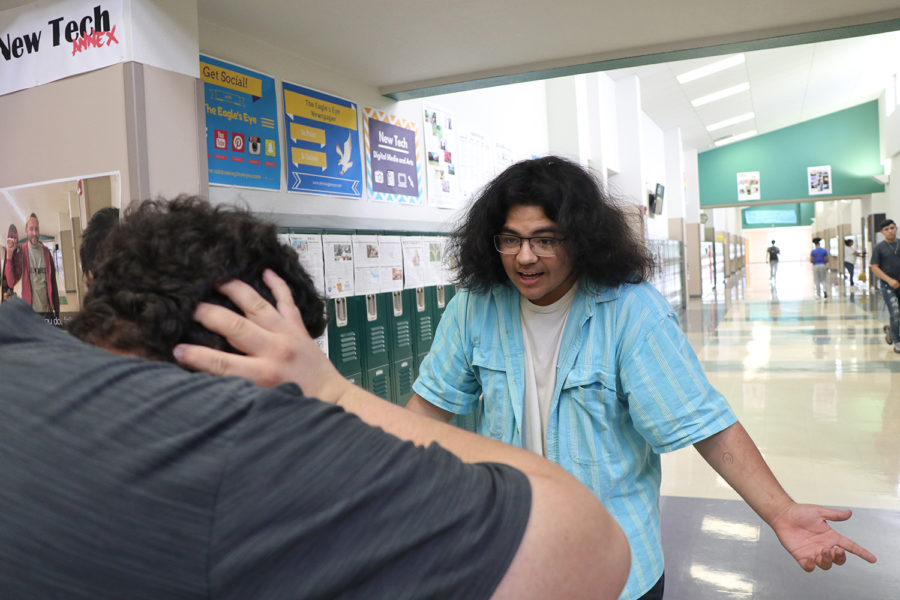 Photo Illustration: Everyone who has seen a very popular, massively hyped up movie can naturally be worried about hearing spoilers before they saw it. And with Endgame, they have good reason to be concerned.

With the release of Avengers: Endgame looming over the MCU fanbase like a cloud of dust, people now more than ever are worried about spoilers. The movie itself has had build-up for 11 years over 22 films bringing the hype surrounding it to unprecedented levels.

Everyone who has seen a very popular, massively hyped up movie can naturally be worried about hearing spoilers before they saw it. And with Endgame, they have good reason to be concerned. People spoil movies all over the place whether it is on YouTube, Twitter, or Facebook. And don’t forget Reddit. People who spoil movies are typically viewed as jerks in their communities, provoking some to engage in verbal or physical violence.

Avengers: Endgame is subject to being one of these movies. There are people who saw the movie itself on the day of release, and there are others who won’t see the movie until the hype dies down. This means that there are people who know what happens, and those who don’t. It’s as simple as that. But some people just don’t know how to keep their mouths shut.

How Long To Wait
If you want to openly talk about the movie without backlash, then you have to take into consideration that people may not see it for a long time. I personally believe that the minimum time you have to wait to talk about the plot openly is two weeks. This gives those who haven’t seen Endgame time to, hopefully, watch it on their own time. Afterward, you can blab on about your favorite scene and people probably won’t care. No promises though. Social media is different. You can probably start immediately, but we’ll go over that later. (The Russo Brothers actually stated themselves that the spoiler Hiatus for Endgame ended.)

What Not To Do
Do not spoil the movie. Don’t be a jerk. Spoiling the movie is no fun, and it just makes you look stupid. Endgame directors Anthony and Joseph Russo themselves even wrote a letter to fans urging them to  not spoil it. Why ruin the fun, the tension, or excitement for everyone else? Just don’t. There are a lot of people here at Akins who joke about spoilers, and create fake ones, yet people tend to get mad at them or believe them. It doesn’t end up well.
What To Do on Social Media
If you do want to discuss it, at least online, then put a giant spoiler warning ahead of time. This is really easy on Instagram, since you see the thumbnail, or picture first, before the description, or other photos. Put some sort of warning for others to see, in-case they do want to avoid spoilers. If there isn’t an obvious way of putting a spoiler warning, then type “Spoiler” at the beginning and then hit the paragraph button multiple times to create a tedious gap.
What To Do in Public School
If you want to talk about it out loud, say at your table in class, then warn people ahead of time. Say that they have headphones, tell them to blast their music, video, or whatever. That way they can’t hear you. If they don’t have headphones, tell them to leave, if possible.

If you yourself are a person who wants to avoid spoilers, then do what your friend was supposed to tell you. Put your headphones in, especially in the hallways, and make sure you can’t hear talking. Avoid large groups of people at the slightest mention of a movie. And last but not least, if you are that bent out of shape for the movie, just isolate yourself until you see it. But this last one, I do not recommend.