When gamers think of Overwatch, aside from the Esports, the controversial competitive mode often comes to mind. For high ranked players, competitive sometimes serves as a sort of training ground where they can improve. However, like any game, there are challenges that players must overcome while playing.

No matter what rank, players have run into throwers, toxic players, and one tricks that always make competitive an unenjoyable game mode overall and prevent casual players from climbing the ranks.

To help those struggling in competitive, I’ve assembled a few tips to help, or at the very least make competitive a more enjoyable experience.

To assist with this list of tips, I spoke with sophomore Brianna Cozzi, who is a high ranked Overwatch player on Xbox.

Quick warning: this story is somewhat lengthy.
Tip 1 (Always Play with the Team):
This seems like a simple rule to follow while playing competitive, but there are always those people who’ll put their own desires over the needs of the team. Overwatch is a team-based game, which means that your chances of winning depend on how you and your teammates can coordinate with each other. So it might seem cliché, but you literally need to be a team player, meaning sometimes you have to fill a role or base your strategy around another player’s pick to maximize your chances of winning a game.

Tip 2 (Play What You’re Good At):
Now you’re probably thinking in your head, “You just wrote that I have to fill or play around someone else so I can win more.” Well, just hear me out.

Let’s say you start a game and your team needs a main tank (tanky heroes that protect the team) — someone like Reinhardt, Orisa, or Winston. But you pick another role like an off-tank (tanks that do more damage rather than protecting the team), DPS (character solely focused on damage), or support (characters that heal and support the team) and you main that hero. It’s necessary to pick one of those characters though because you want a balanced team. However, sometimes it turns out that your performance for that hero was lacking and your team ends up losing.

Why did this happen? It’s simple,  picking that hero was more detrimental than playing something you’re good at. While any player in this game should strive to do whatever is needed to win and climb, players still need to find a balance of playing a hero they are good at and filling a role to help the team.


Tip 3 (Learn New Heroes):
The meta of Overwatch is ever changing and learning a new hero can often help you rank up. Team compositions like “GOATS”, “Quad Tank”, and “Dive” are very strong in these current seasons, so picking up a new hero that synergizes well with the other heroes of these metas can be very beneficial in the climb out of your rank.

From my experiences, I found that I benefit from learning at least two heroes of each role helped me improve at the game and expand my horizons. However, you don’t have to be a “meta slave” and follow the meta no matter what. Any character has the potential to be useful in any given situation if played right.

Tip 4 (Play with Friends):
If you’re not enjoying solo queuing and find yourself getting frustrated with the randoms you’ve been playing with, get some friends together and play in a stack. Playing with friends is arguably a much more enjoyable experience than getting randomly assigned five players whom you don’t know or what experience and preferences they have.

You can make a two stack team or have a full six stack. When playing with people you know, you can coordinate much better and play comps that are really strong.

The only negative consequence of this way of playing is that the competitive system often will put your team up against more skilled and higher ranked players, but often it’s worth the risk if you actually enjoy playing the game. 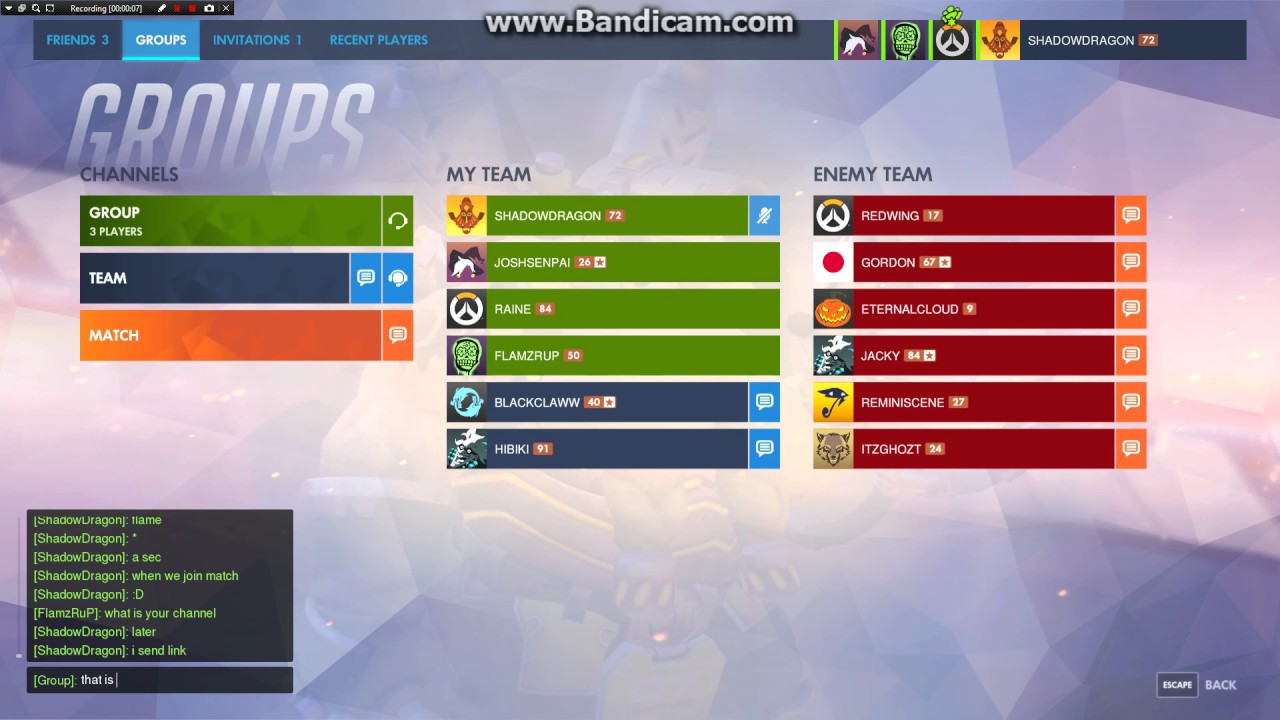 Tip 5 (Watch Pros and Streamers and Compare it to Your Games):
It should be a given that you should be watching more experienced players if you wish to improve or learn new heroes. If you already do this and it’s not helping that much, it’s time to take things to the next level.

You should record your games and watch how you play to find mistakes and what you could’ve done something different in a situation. Consoles already have recording programs to save anything that you choose in a set amount of time, but for PC, you’ll need to install software that’ll record your gameplay.

Next, compare it to what pro players do in their games. It’s a time-consuming process, but I promise it’s worth it.

Quick Interview with a Player that’s Ranked Masters
Sophomore Briann Cozzi, a Masters ranked Overwatch player, shared her thoughts on the state of competitive mode and further advice for people struggling to get out of their elo.

Eagle’s Eye: All right so what’s your rank currently in this competitive season?

Briana Cozzi: I ranked masters. Every season I try to make top 500.

EE: When did you start playing competitive?

BC: Well I started playing competitive ever since the game mode came out. I thought that it was like a really nice touch. I’m glad that they’ve updated the game since because when it first started out, it didn’t really have any rhythm. You would just go into a competitive match and hope for the best.  Like, say I need two tanks or two healers. You can join a match and you expect to have like a team. Like that, you know the normal, but you don’t. Instead, you have like three snipers, one support and one tank actually.

EE: What are your thoughts on the new “find group feature” that came out like earlier this summer?

BC: I like it a lot. The new group feature makes it a lot easier to find groups that are easy to play with instead of just randomly joining and not knowing what you’re expecting.

EE: So last question: Do you have any like advice for people who are in lower ranks or similar in rank struggling to get out of their ELO?

BC: Keep playing. That’s really all I can say is just keep playing. There’s a lot of mean people in Overwatch and they’re always going to be mean to you when you don’t do something that they want. But it’s also good to keep in mind that if somebody is arguing with you about something that you’re doing. You might want to listen to them because sometimes that person is trying to make a point and trying to create a more stable team. But the best thing to do is just keep playing because that’s how you’re going to get better.

Helpful Links
If you want to learn more in detail about statistics, how to learn new heroes, the state of the meta, or just the game in general, check out these links to some sites and YouTube channels that I used as sources and that many people have used to learn and grow in the game.