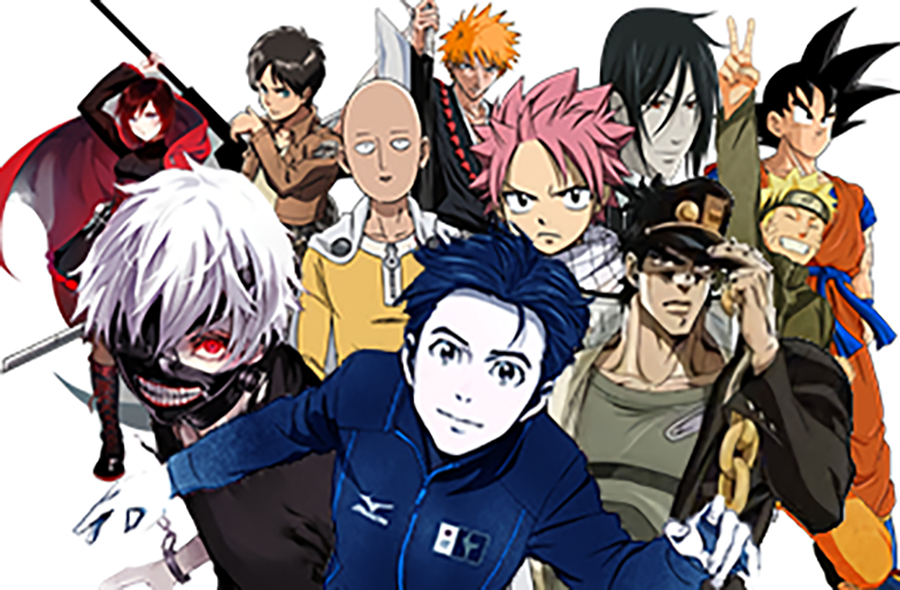 The anime community can be said to be one of the biggest fan based communities in the world.

It’s animations and catchy theme songs have reached the whole world, inspiring millions. Anybody can be a part of this community. Over the years the Anime’s popularity has expanded their genres reaching a bigger audience worldwide.

The community is a place where there are different people with different reasons of watching anime. There are casual fans who watch just for entertainment or the beauty of the animation quality. While others dive deep into this world, taking on some elements into their daily lives such as clothing and hairstyles.

Junior Luis Alvarez, a member of the Akins Anime Club, said for him, anime opens up new possibilities and worlds.

“The best thing about anime is that it can tell things that, elsewhere, aren’t possible,” he said. “Worlds that can’t be created in film or TV, stories that are ‘too mature’ for cartoons. The limited amount of boundaries is what can make anime be strong in its storytelling and characters.

Some teens accept the community because the fans can be very intense and be labeled “weird” for obsessively consuming anime. However, anime fans say they are just like any other group of people who enthusiastically show their love for their favorite things.

It’s said the anime community is a family that connects other people who understand each other and can understand exactly what they are talking about with a lot of passion.

“I guess people think that we’re the cliche weeaboos that everyone hears about but we’re weird and creative people but I love anime and stuff like that,” junior Alyssa Rodriguez said.

Anime has been around since 1917 in Japan but years later it expanded to the whole world in the 1980s.

Today anime makes up a significant portion of the entertainment industry with $40 million worth of sales each year, according to Reflexive Horizons, a blog about the film industry.

Of course the community doesn’t just stop at anime, the animation industry is just part of the community. There is also mangas, which are known as Japanese comic books, featuring less dialogue and elaborate drawings.

Cosplay, in which fans dress up as their favorite characters in elaborate costumes, is another popular aspect of anime culture. It’s often seen at large conventions where fans meet up and experience life as these characters.