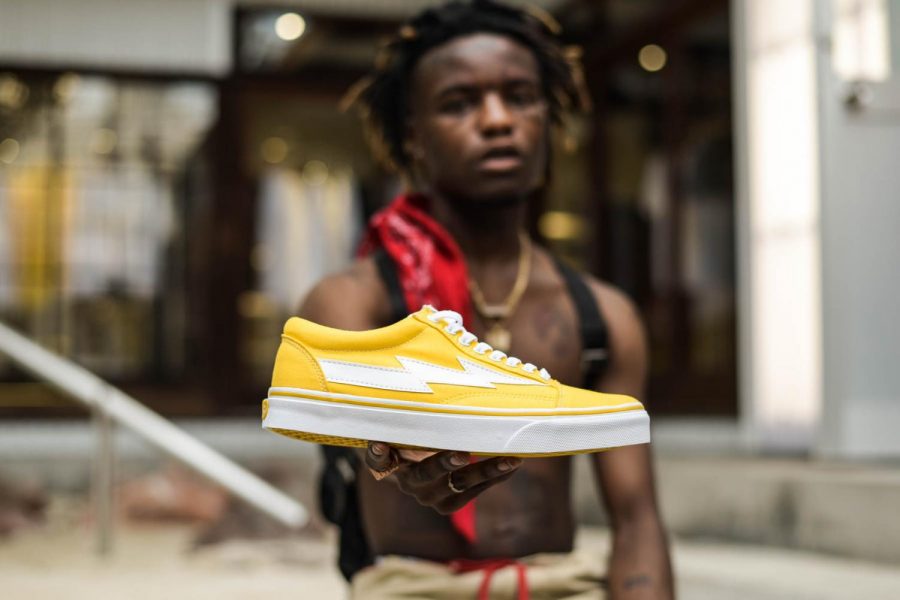 From stylist to fashion designer to model, to videographer, to rapper,  Ian Connor has fashioned himself as a social media icon.

Connor was born in 1993 in New York City but moved to Atlanta, Georgia in 2002 when he was 9. Five years later, he dropped out of high school in the ninth grade. Connor has claimed that he does not know who his father is and has a disconnected relationship with his mother. While in school, Connor found interest in fashion, skateboarding, and hip-hop.

After turning 18, he moved back to New York City and built a following on Tumblr posting videos and pictures of his friends, fashion, and girls. With his unique style and persona, he amassed a following that would catch the eyes of many. One of those was the budding fashion designer Glyn Brown. The two would work together on a streetwear start-up called “L3NF.” In 2013, Connor met Theophilus London and was an early mentor for him in his young modeling career. rough London, Connor met Kanye West and began working under him. He eventually became West’s stylist and appeared as a model in Yeezy Season 2 and 3.

In 2014, Connor was introduced to A$AP Bari and worked as a visual collaborator for the A$AP Mob. In 2015, Connor used his social media reach to bring Playboi Carti to the forefront of the SoundCloud wave that was just beginning to gain massive popularity. He would later become Carti’s manager and stylist which would influence his decision to sign with A$AP Mob’s AWGE label because Connor was already apart of the A$AP crew.

These allegations did not stop Connor from releasing his infamous Revenge X Storm shoes that would absolutely take the entire hip-hop fashion culture by storm in 2017. The hype around these shoes would only grow larger after many Instagram models posted pictures of them wearing the shoes, one of those being Kylie Jenner.

People have criticized these shoes as $200 ripoffs because they look similar to the classic low-top Vans.

Connor has said that these shoes are remixes of his favorite shoes the Old Skool Vans, adding his own creative spin on them.

Connor is not without controversy. After finding tremendous success in the fashion and hip-hop world, Connor was accused of rape by six women and 21 have collectively come out against him. And in July, Connor was convicted on multiple gun charges, resulting in a 12- month jail sentence