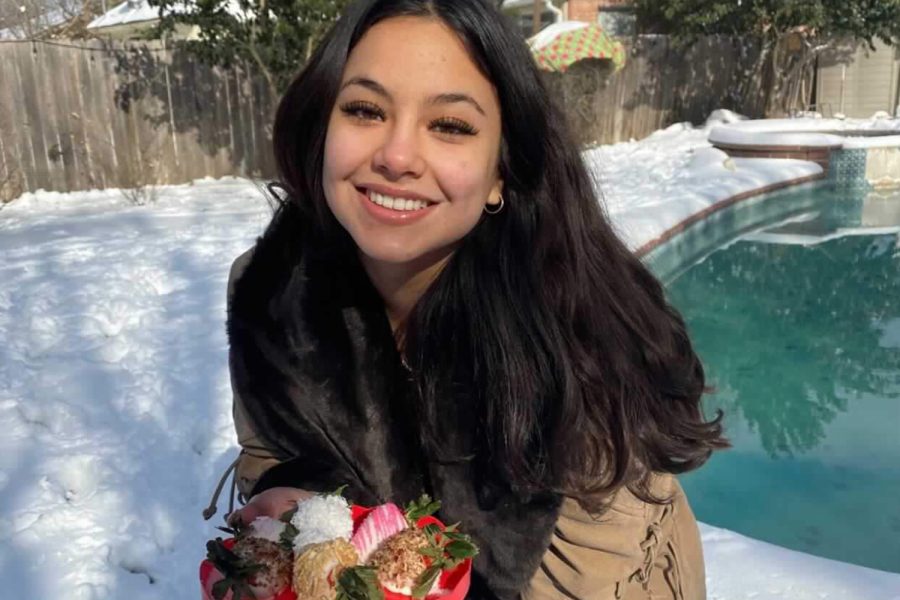 Senior Ana Claudia LeFranc Pierantozzi is the driving force behind Anassugarshop, which bakes treats such as cupcakes, cake pops, cakes, and every once in a while she makes other desserts. Other desserts include chocoflan, cinnamon rolls, and chocolate-covered strawberries.

While many students in high school take on jobs to earn extra money, not many own and operate their own businesses.

Senior Ana Claudia LeFranc Pierantozzi is in that more rare category as the driving force behind Anassugarshop, which bakes treats such as cupcakes, cake pops, cakes, and every once in a while she makes other desserts. Other desserts include chocoflan, cinnamon rolls, and chocolate-covered strawberries.

LeFranc said that she was inspired to start her business during the pandemic when she was spending a lot of time at home.

“I first started a couple of months after COVID hit,” she said. “I was at home a lot and I had a lot of free time and one of my biggest dreams was to run a business baking cakes.”

She started by watching videos and tutorials on how to decorate and bake treats. Eventually, she became noticed on social media for her work. LeFranc has proven she can create any treat with various themes to choose from. In addition to her business, she gives out treats to her teachers as an act of, “appreciation to have them here at school.”

Her advice to those interested in starting a business is to, “just go for it.”

As a full-time student, LeFranc has many priorities to attend to. From playing on the Girls Varsity Basketball team to being a general restaurant manager at Chuck E. Cheese, and running her successful business she has learned to manage her time efficiently.

Customers interested in placing an order from Anassugarshop can find her on Instagram @anassugarshop, Snapchat: princessanita02. She will provide a list of flavors, sizes, pricing, and more details to choose from.