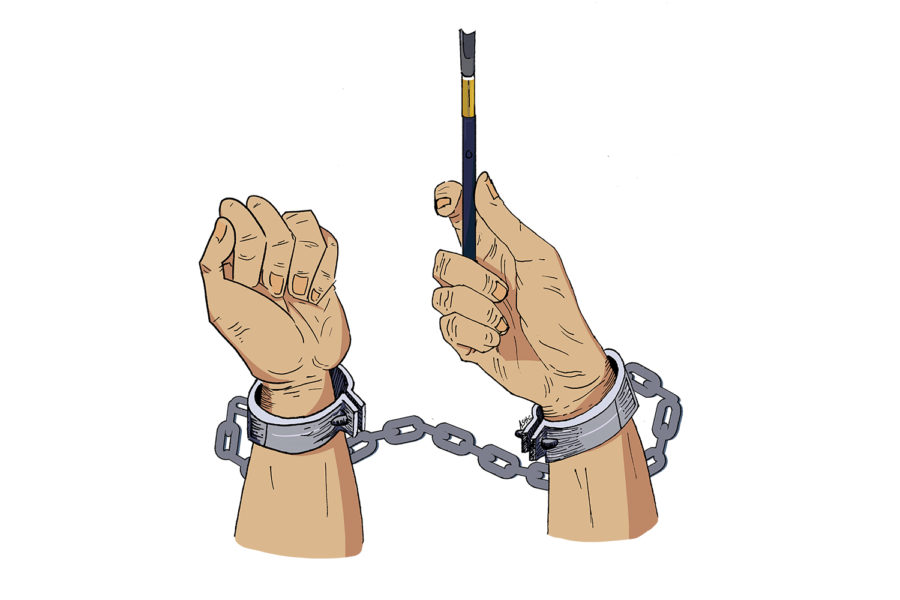 Students have adapted popular vape pens as a means to get high by using THC oils in pods that can be added or screwed onto the pen. The use of THC in vape pens on campus has grown so big it caught the attention of Principal Tina Salazar, prompting her to hold school-wide assemblies for each grade level to address the issue.

Young people are always looking for new ways they can get high. While using bongs and rolling joints used to be common, recent innovations in vapor technology have enabled students to get high on THC in a more discrete way at school.

Students have adapted popular vape pens as a means to get high by using THC oils in pods that can be added or screwed onto the pen. The use of THC in vape pens on campus has grown so big it caught the attention of Principal Tina Salazar, prompting her to hold school-wide assemblies for each grade level to address the issue.

During the meetings, Salazar informed the student body that 17 students had been caught and expelled for the use or possession of THC on campus. One of the students had even lost a scholarship to the University of Texas. At the assembly, Salazar had made the severity of the consequences very clear.

Salazar said students 17 years or older and in possession of THC oils will be arrested and tried as an adult in court. Students found guilty will be registered as a felon. Students who are caught will be sent to Gardner-Betts or to ALC and await a court hearing.“If you are under the age of 17 your punishment will depend on the judge’s decision in court,” Salazar said.

Being caught with THC oil at any age in high school can change the students’ life for a long time. Although the punishments are very serious, there are students who aren’t planning on changing their decisions, despite being scared of getting caught.

“Hell yeah, I’m scared,” a junior said about using THC at the school.“But it gets me through the day. School’s hard as sh*t bro.” “I need to relax.”

The student said he believes that students who were caught are “stupid.” ”They should have been more careful, they ruin it for the rest of us,” he said.

While most students have no intention to quit smoking, some students are being more discrete with their pens, leaving their vapes at home or with a friend. “I’ve never brought it to school, that’s stupid,” a junior said. “I feel like there are a lot of people who get really high just to get high and that’s fine, I’m not gonna judge. But I do it for back pain… and anxiety, so I can come to school chilled out.”

While some students say they vape THC for medicinal purposes, they may not entirely know what they’re smoking.

According to Jon Johnson from Medical News Today, THC has a psychoactive reaction that leads to a mind-altering “high”.

CBD oil is a cannabinoid oil that directs the body to use its own receptors to help with movement, digestion, and feelings like anxiety but it has no psychoactive ingredient. CBD oil is not only legal in Texas but available in vape form as well.

Many students believe that vaping weed is not only more discrete, but it is also safer and easier than smoking the plant.

However, the process used to create the THC cartridges can use harmful solvents such as butane, CO2, or ethanol, according to an article by Kathleen Richards from East Bay Express. These solvents make a product Another harsh solvent used is propylene glycol, which breaks down into carcinogenic formaldehyde when heated to extreme temperatures.

This chemical is known to cause cancer, and you will find this is in all “best vape pens” in the market.

These solvents are used to extract the THC and still remain in the final product. According to a “study published in The Journal of Toxicological Sciences found that more than 80 percent of the concentrate samples were contaminated by residual solvents,” Richards said.