Biden administration out of touch on student issues 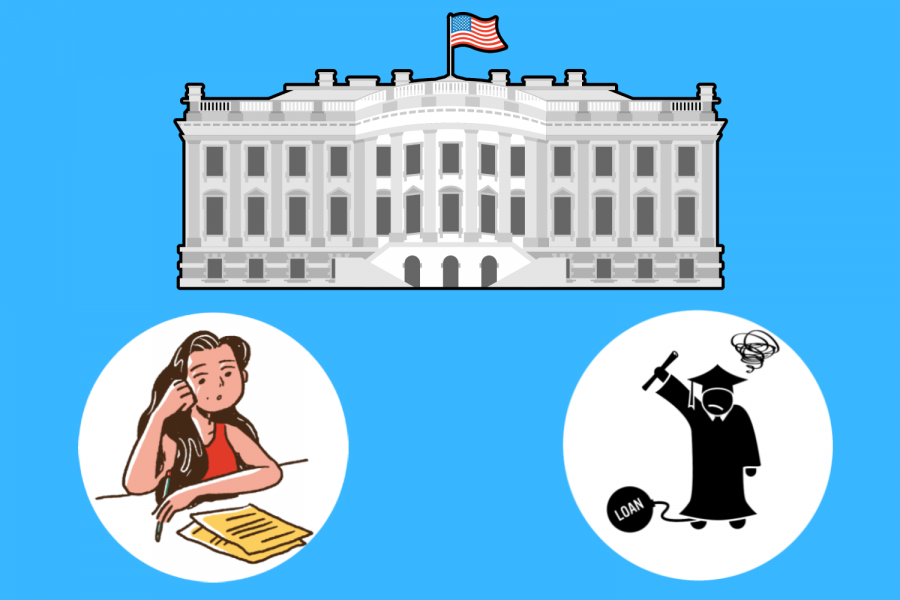 President Joe Biden made a lot of promises during his campaign one of which was to erase student loan debt. Through the course of these promises, it ended up being a primary stake in what he promised to do for the students of the United States undergoing undue stress due to COVID-19 and being crushed by a growing debt crisis of mammoth proportions. Now that he is in office he has pushed the responsibility for this relief onto Congress effectively creating a stalemate for possibly months, months in which an entirely new class of college freshman with no plan in place for helping them afford to pay for college.

In the wake of the settled reality of the plan for this campaign promise, the Biden administration announced on Feb. 22 that students will be required to take standardized tests regardless of the changing learning environments and the hardships facing students. As states grapple with limited guidance and awareness of the reality of school life many turned to the U.S. Department of Education for a waiver to be allowed to not have students sit for standardized tests.

All of this added up showcases two horrifying truths to me: Biden was willing to exploit the desperation of indebted college students to seem more progressive and no politician has had the decency to consider the hardships students are experiencing.

The disconnect between what is happening in schools and the urgency of student debt relief is clearly lost on Biden and his administration. Biden grew up at a time when he never had to encounter student loan debt at the level it is now, and he hasn’t picked cabinet members who understand the younger generation’s desperate need for urgent financial relief. He saw it as a hot button issue to make himself seem like someone further left than he is and not what it is: a kick in the face for young adults being forced to grapple with the reality of a system that doesn’t work for them but for financial institutions to profit from at their expense.

The problem with requiring states to require students to take standardized tests this year falls in the same vein. Imagine for a moment a Venn diagram. One circle is people actually in schools during the pandemic; the other is people making the decisions in regard to standardized testing. There is no one at the intersection of these circles. Miguel Cardona, the nominee for education secretary, was at one point an educator, yes but for the past year, he has worked as the Commissioner for Connecticut schools. Cardona is not in a classroom living through the actual experience of what it means to have to teach for a test while 100 percent remote or working in the inherently flawed in-person options provided to students.

The current school year has left students emotionally drained, intellectually exhausted, and filled with the anxiety of living through “once-in-a-lifetime events” every few weeks. Biden and his administration are utilizing students as optical leverage for creating positive personas about his progressive platform while then turning around and actively ignoring the pressing needs and miserable educational conditions for students