Got vax? Austin ISD sees increase in use of religious, philosophical vaccination exemptions 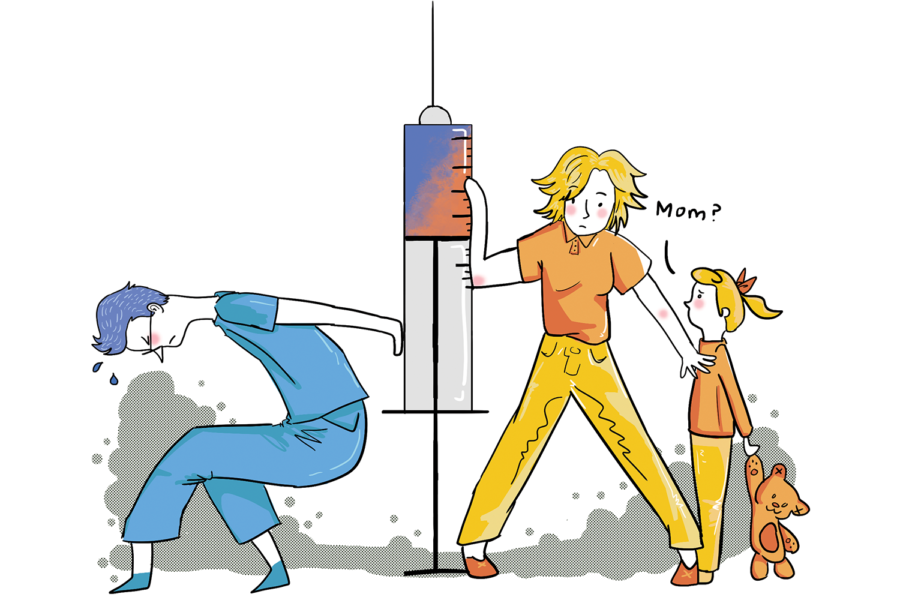 When senior Christina Samuels began the second semester of her freshman year at Akins, it started with a fight.

It wasn’t a physical fight, but instead a philosophical fight over beliefs about the medical value of vaccines. For Samuels, she personally did not object to being vaccinated to attend public school.

“I’d like to live a little longer if that’s possible,” she said.

Her parents, however, felt otherwise. She says that her mother didn’t want to get her vaccinated because she thinks “they put a little bit of the disease into you.”

Samuels, whose name was changed for privacy concerns, was pulled out of class and held in the nurse’s office. The nurse informed her that she wasn’t legally allowed to attend public school because she wasn’t vaccinated. The nurse called her mom, who arrived later that day. Samuel’s mom let her know that she did not want her vaccinated. Instead, her mother was given an exemption form that allowed Samuel’s to attend school without being vaccinated.

According to the Washington Post, Texas is one of 17 states that allow parents to opt out of vaccinating their children if they cite personal or philosophical objections.

In recent years, the rates of parents utilizing exemptions to state vaccination laws have grown steadily as greater numbers of parents have associated themselves with anti-vaccination beliefs for various reasons. This worries many medical experts after resurgent cases of measles have developed in various parts of the United States where there are high concentrations of unvaccinated children.
Resurgence of Measles
Until recently, the measles disease was a nearly eradicated virus in the United States, dropping from 40,000 cases per year between the period of 1980 to 1991 to fewer than 100 cases per year between 1992 to 2008, according to the College of Physicians of Philadelphia.

This was thanks to the efforts of the Center for Disease Control, starting in 1978, in combination with the widespread use of vaccinations.

In this year alone there have been more than 387 cases, and most medical experts attribute this rise to the increase in vaccination exemptions. 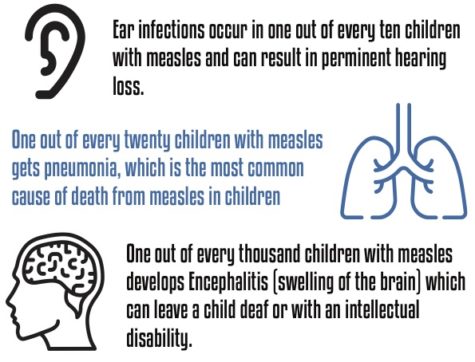 The Autism Myth
Some trace the recent anti-vaccination movement to a debunked medical study.

In the United Kingdom during 1998, Andrew Wakefield, a former British doctor, published a paper in the Lancet in which he hypothesized and concluded that the vaccines for measles, mumps, and rubella were connected to the development of autism.

His conclusion was based on flawed research –– not studying the incidence of autism between both vaccinated and unvaccinated children. Te claim that autism was a consequence of intestinal inflammation and the fact that other researchers couldn’t reproduce his results –– and the study was subsequently retracted and did not become a part of the scientific record due to scientific misconduct.

Despite his flawed research and the loss of his credibility, Wakefield’s theory has been spread on social media by celebrities and antivaccination groups. 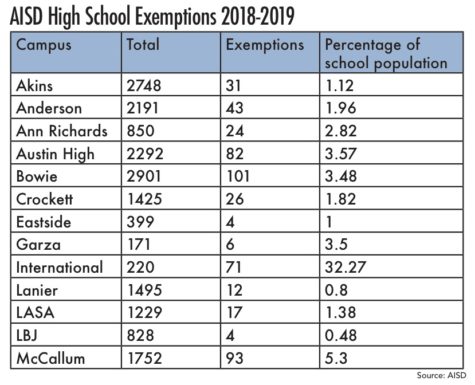 In 2018, Travis County was included on a list of 15 U.S. counties considered “hotspots” where more than 400 kindergarteners received non-medical vaccination exemptions.

The increase in exemption rates can be seen in Austin high schools, as well.

In 2017, there were 27 exempted students at Akins out of 2,511. This year, according to records provided through an open records request, there were 31 students who received exemptions.

Since 1972 Texas has allowed children attending school to be exempted from getting vaccines for medical and religious reasons. And in 2003, the Texas Legislature approved a new exemption option called “reason of conscience.”Other states like California had a “reason of conscience” law as well.

But after the recent measles outbreaks, some are fighting against the anti-vaccination trend.

Suh said she began advocating after she had her first son in 2012 because she encountered a doctor who advocated for a delayed vaccine schedule. She also had some negative encounters with anti-vaxxers in the parenting groups I joined.

“I became aware of the growing anti-vaccination crowd in Texas, and in Austin, especially,” she said. “I decided to start posting publicly about my pro-vaccine status on my Facebook and through that, was connected to the opportunities that eventually led to the creation of Immunize Texas.

Currently, Immunize Texas is working to give private citizens and private businesses (regardless of whether they are pro-vaccine or anti-vaccine) the information and clarity they need to make the decisions that are right for them.

Suh said she has heard various reasons from parents against vaccination, but she said they all have something in common: “denial of science and a fair bit of selfishness.”

“Unfortunately, science doesn’t care about what your personal beliefs are,” she said. “Viruses and germs have no regard for your wealth, your education, your refusal of facts. And as much as you don’t believe it, I do what I do not just to protect my loved ones, but I do it to protect yours, too.”

Suh said the exemption trend is not looking good in Texas right now.

“In (2003) less than 2,400 non-medical exemptions were filed,” she said. “This last school year, we had almost 57,000 field. That’s a huge increase in a short period of time and when you look at a more detailed view of vaccination rates in individual cities and even, in communities, you see that people who choose not to vaccinate tend to cluster in the same areas which lead to dangerous levels of undervaccination that threatens the public health for those communities.”

Texans for Vaccines Choice, which advocates for greater access to exemptions, supported the “reason of conscience” or HB 2292 that was passed in 2003 along with other bills that had to do with vaccinations.

The organization posts articles on its website that blame vaccines for giving children disabilities, injuries, and diseases. The organization did not respond to an inquiry for an interview by The Eagle’s Eye. 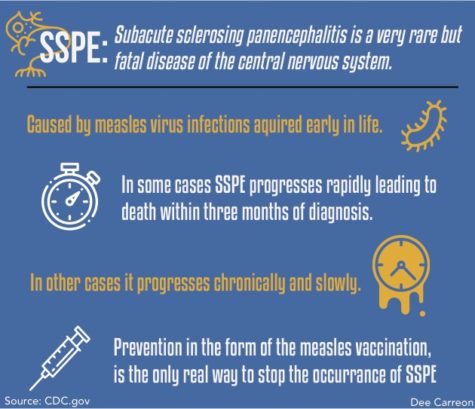 On the Front Lines
School nurse Ashley Nowell explained the process of how they handle unvaccinated students. Each new student is required to provide a shot record upon registering.

“We follow for years to get lists of students needing shots, and then it’ll pull up,” she said. “We can contact them that way. They’re in our system and they would pull up every month. Like who needs shots and then we count on our students to bring us their shot records so we obtain their shot records and know what they need by registration like every year.”

The procedures for when a student isn’t vaccinated are very simple. The school nurses just notifies the student and/or the parents of that student.

“So we say ‘Sorry you need this vaccine, in order to be registered into school’ and then if they need the vaccine it comes up on our list, and we just call the parents and let them know and we send letters to parents. So we email letters and we’ve told students too, and we’ll bring them down and give them a copy of their shot record, and tell them they need this particular shot.”

Nowell said she supports vaccination because she has seen firsthand the effects of diseases while working in the healthcare field.