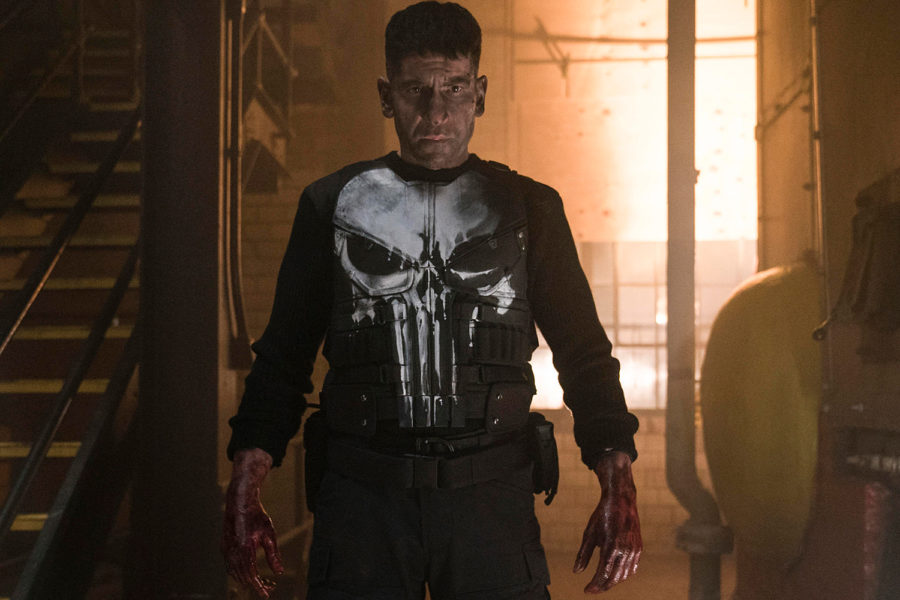 Obsessed with vengeance. That is the most concise way to describe the key character element of The Punisher. He’s always been an anti-hero character who is out for revenge and will go to extremes to punish those who have wronged him.

The latest iteration of The Punisher on Netflix is consistent with this theme, but updates his story to focus on current issues such as soldiers returning from war and corruption in the government. It tells a story about a broken man dealing with the killings of his wife and two kids while being riddled with PTSD from his tours in Afghanistan and Iraq. During the series Frank Castle (Punisher) is confronted by a computer hacker named David Lieberman, a.k.a. Micro. He comes to Castle to tell him that the same people that killed his family are responsible for what happened to him.

One year ago Micro was shot in the chest, but his phone blocked the bullet and since then he has been in hiding trying figure out a way to get rid of the ones who are preventing him from reuniting with his family. Eventually Castle and Micro join together and take down the ones who damaged them by not only killing them and exposing the ones who they can’t get to.

While Frank Castle fought with the Marines in Afghanistan, he and his unit were unwittingly forced into committing war crimes, motivating his desire to take down everyone responsible without waiting years for the criminal justice system to take care of it. While serving in the military, Castle’s covert mission was to capture selected targets, interrogate them for information and then kill them. However, what Castle did not know was that a corrupt agent in the CIA was using the dead bodies to smuggle heroin.

The Punisher web series is not for the faint of heart. It’s a R-rated show that includes many very violent scenes. The gore factor in this show is high, featuring graphic displays of murder and torture. If you enjoy scenes that make your toes curl up like those in other popular anti-hero movies like Pulp Fiction, Deadpool or Django Unchained then you will be right at home with the Punisher. While the show is geared toward fans of the other Marvel Studios shows on Netflix, the gore level might not make it everyone’s cup of tea. That said anyone can jump into this series.