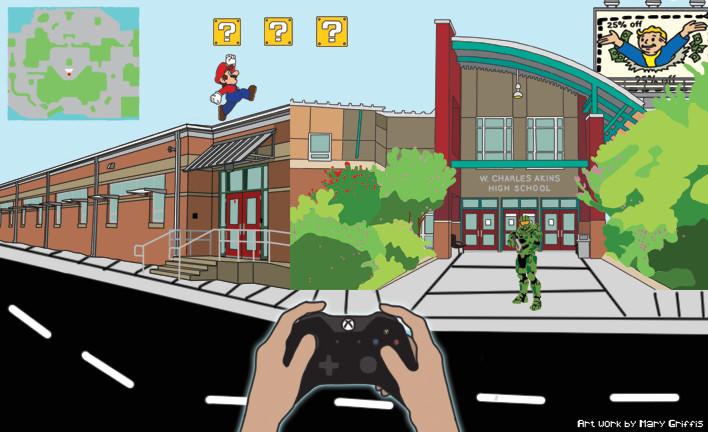 Compulsive gaming can have serious consequences

“I’ve forgot all senses of reality and thought that I myself was the character.”

This is just one of many comments of an online survey about habits of video game players at Akins.

The idea of losing touch with reality and feeling like they were the character in the game is exactly the kind of condition described in a recent Washington Post article that called Game Transfer Phenomena (GTP), in which the boundaries between reality and the game begin to blur.

Conditions like GTP and compulsive gaming, in which players are unable to turn off their favorite games, are becoming more common, according to researchers.

Although video-game addiction isn’t yet recognized as an official diagnosis by the guidebook of American psychiatry, the Diagnostic and Statistical Manual of Mental Disorders, it does cite “Internet Gaming Disorder” as a condition warranting more research. That said, some researchers have concluded that video game addiction is a serious behavioral problem that is separate from other afflictions.

With the increase in popularity as well as the amount of games out there, it’s no surprise that countless amounts of adolescents and adults might become addicted.

(Gaming) wasn’t a problem then, but the older you get the more you start to understand that you got other responsibilities when you’re not just living under the tutelage of your parents. I wish though, that I could just play as much as I would like.”

Video games are a huge part of this generation with an estimated 72 percent of American households playing video games, accord- ing to the Entertainment Software Association study in 2011.

Douglas Gentile, an Iowa State associate professor of psychology, reported that one out of 10 gaming youths are considered to be addicted to video games, according to a study published in the February 2011 issue of Pediatrics.

With that being said, there are countless amounts of gamers here at Akins although they might not all consider themselves addicts.

In an online survey The Eagle’s Eye survey, comprised of 100 responses, the most popular genre of games are first-person shooters. Respondents reported playing an average of about three and a half hours of daily gaming although some reported playing as much as 12 hours a day.

“Growing up I always enjoyed playing video games,” Do said. “I mean my main hobby now is playing video games. I try to not let it interfere with school too much and I think I’ve done a pretty good job at that with me being in the top 5 percent of my class. I know how to limit myself and not spend too much time playing game.”

Junior Ian Wayne also said he doesn’t consider himself to be an addict either but has seen the downsides that video games can bring. He said that it definitely has had a negative influence with his school work and grades sometimes.

“I’ve always loved video games. I feel like they’ve become a big aspect of my life,” Wayne said. “But yeah, I definitely feel that they have had somewhat of a bad impact on my school work, but not my social life. I’ve met lots of my best friends through video games.”

Although video games can be addictive, they aren’t entirely bad. Video games have been known to increase mental abilities such as problem solving skills, reaction time, spatial reasoning skills, as well as perception and memory. Video games can also help in the development of young children’s brains.

Games such as Minecraft or Tetris can have a positive impact on the development and growth of a child’s mind. In the Fall 2014 issue of the American Journal of Play (Fall, 2014) includes research demonstrating long-lasting positive effects of video games on basic mental processes — such as perception, attention, memory, and decision-making.

Christine Kesling, the college readiness counselor, says she definitely has had her fair share of students that are unable to manage their time and even struggle to get things done.

“I’ve had kids email me at two in the morning, asking about grades, teachers or classes.” Kesling said. “I’ve talked with them about managing their time and why they’re up so late and a lot of them say it’s their technology and school work.”

Mario Howell, animation and video game design teacher, said growing up he spent a lot of his time playing video games. Looking back now, he said he might have been addicted. But he eventually learned to manage his time and how to turn it off when it came to other more important responsibilities such as work and bills.

“Growing up I would do all my homework during school,” he said. “I would do my easy homework during lunch and my math homework during the easy classes, so when I got home I could video game it up until like three, four o’clock in the morning. This wasn’t a problem then, but the older you get the more you start to understand that you got other responsibilities when you’re not just living under the tutelage of your parents. I wish though, that I could just play as much as I would like.” 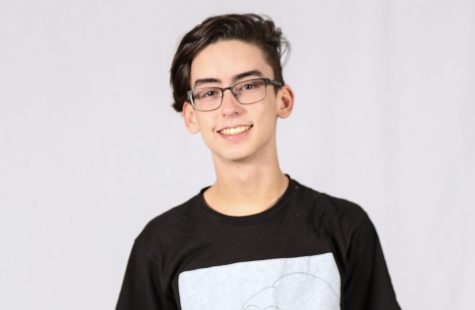 Daylin Ettles, Staff Writer
Name: Daylin Ettles
Grade: 11th
Academy: New Tech
Year on Staff: 1st
Title: Staff Writer
Why they are on staff? Was just kinda put here.
What do you do for fun? I enjoy drawing and playing video games.
Plans for after high school? To go to college probably. 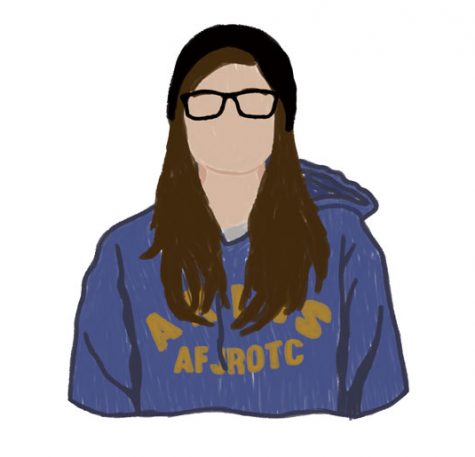 Mary Griffis, Entertainment Editor
Name: Mary Griffis
Grade: 12
Academy: New Tech
Years on Staff: 2
Title: Entertainment Editor
Why they are on staff: I enjoy writing
What do you do for fun: Nap, sleep, eat, play video games, draw, and read
Plans for after high school: Go to Texas State and get a degree in Computer Science and eventually work for Twitch