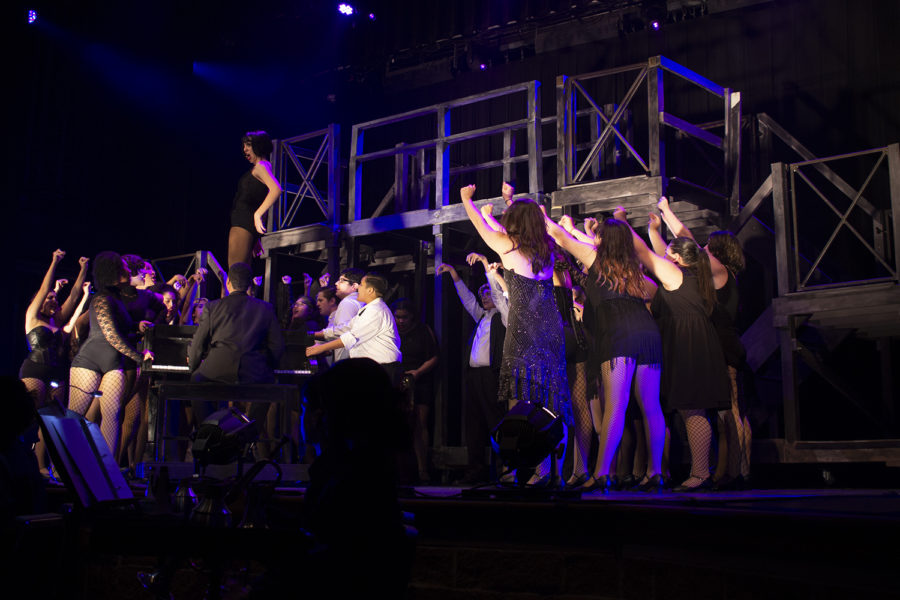 Sophomore Coral Rolon sings "All That Jazz" in the opening number of Chicago. The play featured three underclassmen playing lead roles in the play.

It’s almost a tradition that seniors get the lead roles in a typical high school play.

However, when the Akins Journey Theatre program staged its big musical of the year, three of the lead roles went to underclassmen.

Chicago, which was hailed as one of the biggest musicals it has staged in school history, featured a junior and two sophomores in lead roles.

After the musical, audiences expressed amazement at the quality of the acting, singing and performing of live music — all by students.

Despite small errors, technical difficulties and minor hiccups, the play garnered high praise, especially for the performances of its young cast. Many said they were impressed that these underclassmen didn’t seem shy or lack confidence on the stage. 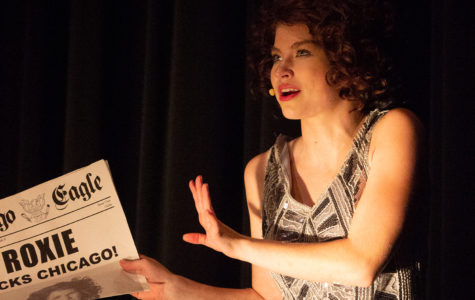 Sophomore Kasey Wasson who played the lead role Roxie Hart, had the challenge of learning how to play a very mature role at a young age. This murderess made Chicago headlines for murdering her lover and manipulating her husband to take the fall with her by confessing to being a part of the murder. Because the play dealt with a mature subject matter, it was natural for there to be d... 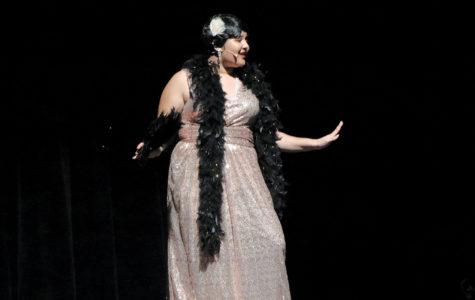 Junior Samantha Soliz, who played the character Matron “Mama” Morton, embraced the role, bringing some sass to the crooked matron. She took on the role like a seasoned veteran and worked well with the expectations that were placed on the Chicago cast as a whole. “I think it was the pressure of everybody getting together and forming like the perfect ensemble and seeing how the sho... 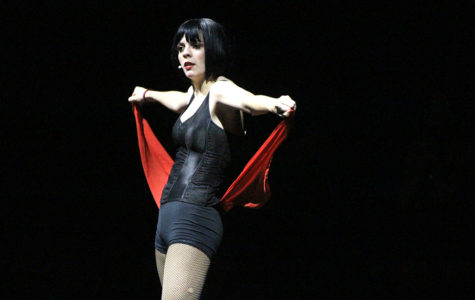 Sophomore Coral Rolon played Velma Kelly, one of the two main characters. This character is notorious for being accused of murdering her husband and having her story splashed on the front pages of Chicago newspapers. Rolon said she felt a lot of pressure because she played the main character as a sophomore, raising the expectations she placed on herself. She said that people assumed ...