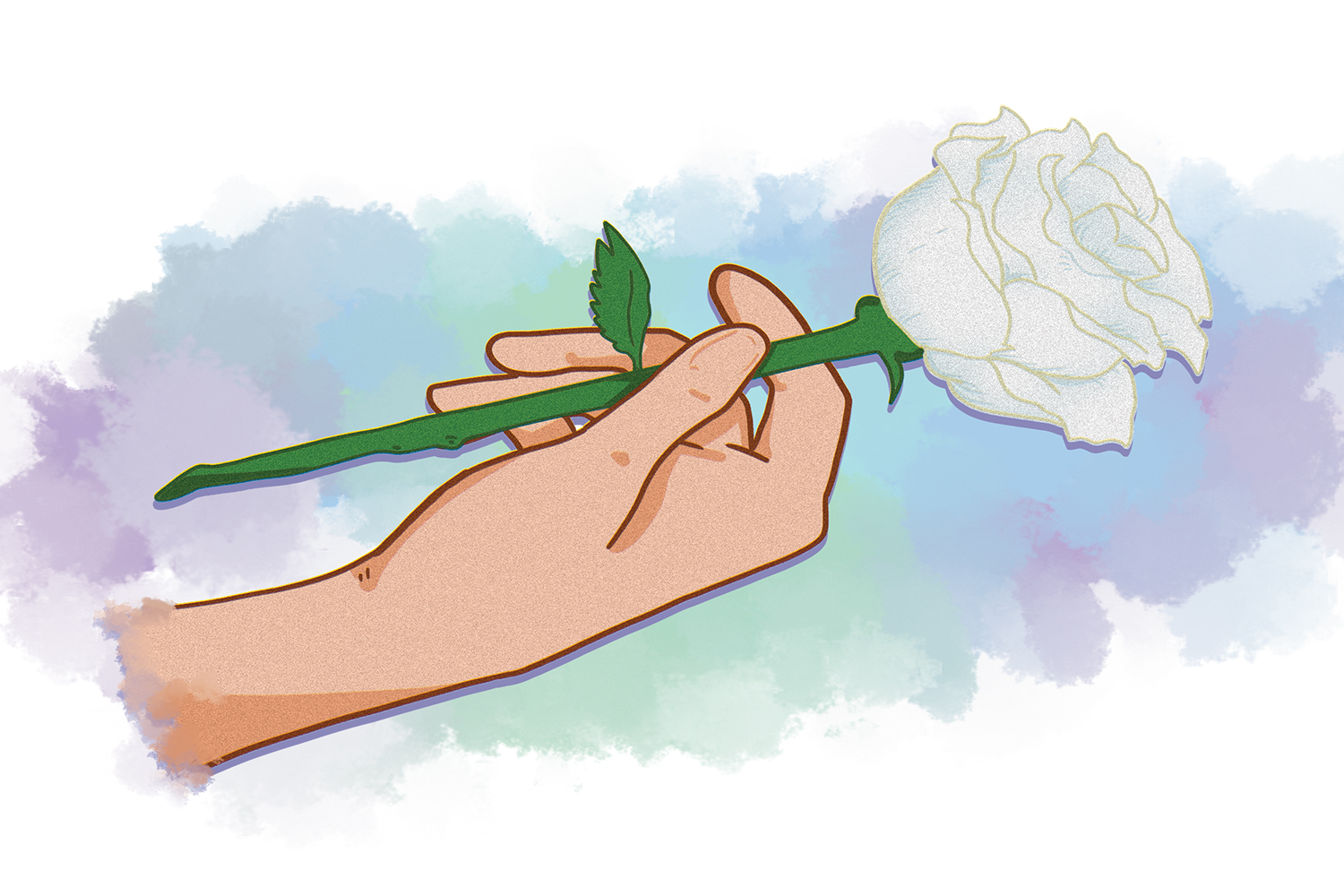 September and October were particularly difficult for the Akins community after the death of a current student and a recent alum. The passing of Isaac Villafranca was particularly difficult because he was a senior who passed away relatively quickly after a surprise diagnosis of a rare disease. (Ash Catalan )

The daily grind of high school doesn’t usually factor in time to contemplate matters of life and death.

But death has a way of intruding into our lives and upending our routines. And for young people who have never experienced the death of someone close to them, it can be a particularly difficult experience to go through.

“When kids come up to you and are just sobbing, you lose it then,” Principal Tina Salazar said. “In this job so much is happening, I have to compartmentalize and then I have to give myself some time to really get to that and really allow myself to live that.”

HLH (or hemophagocytic lymphohistiocytosis) is a life-threatening disease that causes an overactive immune system. This over-activity causes too much inflammation in the body destroying not only infected and damaged cells but also the patient’s own healthy tissues and organs including the liver, brain and bone marrow. 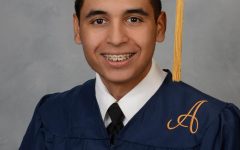 “Isaac was a really sweet, funny, joyful person who had a great sense of humor and just was always in a great mood. Overall, if I had to some it up I’d say he was a sweetheart, genuinely, to anyone and everyone.””

“By the time I showed up (at the hospital), he was already on life support and they were not allowing people to see him unless they were close family so I didn’t physically get to see him, but I did spend some time with his family in the waiting room,” said Christina Garcia-Mata, AVID teacher and Green Tech Academy Coordinator. “I probably spent a good 30minutes there with Ms. Delmore and Ms. Redland just trying to comfort them, see what they needed. We thought about bringing puzzles to his little cousins who were there. We had sent a get well card from his AVID classmates.”

Isaac Villafranca passed away later that night on Thursday, October 10.

“For me, it’s unfortunate,” said Garcia-Mata. “You go through different stages of grief, for sure. I was completely in disbelief because he came to me at one point just saying ‘hey, I’m going to be out. I have surgery. I should be back.’ It went from this very nonchalant ‘cool, I’m just getting this procedure done. Nothing serious,’ to ‘OK, he’s been to the hospital. He’s got cancer. Now he’s on life support.’ It just went by so fast.”

The following week, Akins teachers learned about more tragic news. Christian Tienda, a 2014 Akins graduate, was hit by a car.

On Oct. 13, Tienda was critically injured after being hit by a driver in South Austin as he wsa using his motorized wheelchair near William Cannon Drive. Austin-Travis County EMS medics took him to St. David’s South Austin Medical Center with critical, life-threatening injuries.

Kari Janner, who teaches in the SCORES program, taught Tienda for many years when he was at Akins and was greatly saddened by the news.

“In my first year of teaching he was a junior, so I got to be his case manager and teacher for his junior and senior year of high school. I was with him at the graduation ceremony.”

Autism has a broad range of symptoms characterized by challenges with social skills, speech and nonverbal communication. Despite this, Tienda wasn’t hesitant in interacting with other people. 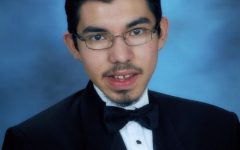 “Whether he was joining life groups, building relationships, serving as an usher, or volunteering with kids church, Christian never passed up an opportunity to serve.””

“One thing that was really special about Christian is that the last year that he was here, he would go out into the courtyard and if he saw a student sitting by themselves, he would make a point to try and go talk to them,” Janner said.

In addition to autism, Tienda had muscular dystrophy so he used a motorized wheelchair to get around.

“He needed a little help in graduation (specifically) maneuvering into the line so that he could cross the stage at the right time,” Janner said.

Tienda spent an extra year at Akins after he graduated so he could attend job training classes at Austin ISD’s Clifton program.

“Some kids who get special education services can stay longer in high school,” Janner said. “He went to this program at Clifton, he also still went to Akins but used a bus to take himself to Clifton.”

Clifton Career Development school offers students who receive special education on-the-job training and professional certifications. After attending Clifton for two years he went into the GO project at St. Edwards University, a community-based transition program for students with disabilities who are 18 to 22 years of age. Although he eventually transitioned to working with a case manager at the GO Project, he still kept in contact with Janner.

“We had a just had a special bond,” Janner said. “We kept up with each other after we were no longer seeing each other day to day. We became friends on Facebook. He always made a point to come back and visit.”

During September, Janner contacted Tienda for another meet up.

“We spent three or four hours together. I ended up driving him to check on his phone at the phone store,” Janner said. “It ended up being a weird banking, credit card issue but he got it all figured out. We went over to the Tapioca Tea place and had tapioca tea.”

This would be the last time that Janner would spend with Tienda. On October 16, Christian Tienda passed away from the injuries he sustained in the accident. However, he even in death he helped others through an organ donation he made. Janner said his donation saved four lives.

“I always try to just be open,” Janner said. “We talk a lot in this class about our feelings. It was a really difficult week. (The students) could see that I was having a really difficult week. Some of them especially the seniors remembered him. Some of the students remember him coming in and visiting. We talked about how life was really precious and how sometimes we get caught up really trivial things.”

Dee Carreon, In-Depth Editor
Name: Dee
Grade: 11
Academy: New Tech
Year on Staff: 2nd year
Title: In-Depth Editor
Why they are on staff?: The man, the myth himself Elijah Calderon wanted to join this class, so I did too.
What do you do for fun?: Waste my time playing video games, make music, or make video games.
What movie do you recommend that everyone watch?: A Clockwork Orange
Plans for after high school?: Go to college. (ACC then maybe transfer somewhere else; basically what everyone else says in this entire school)
Hidden Talent: I can play three instruments, I can also draw pretty well.
Leave a Comment