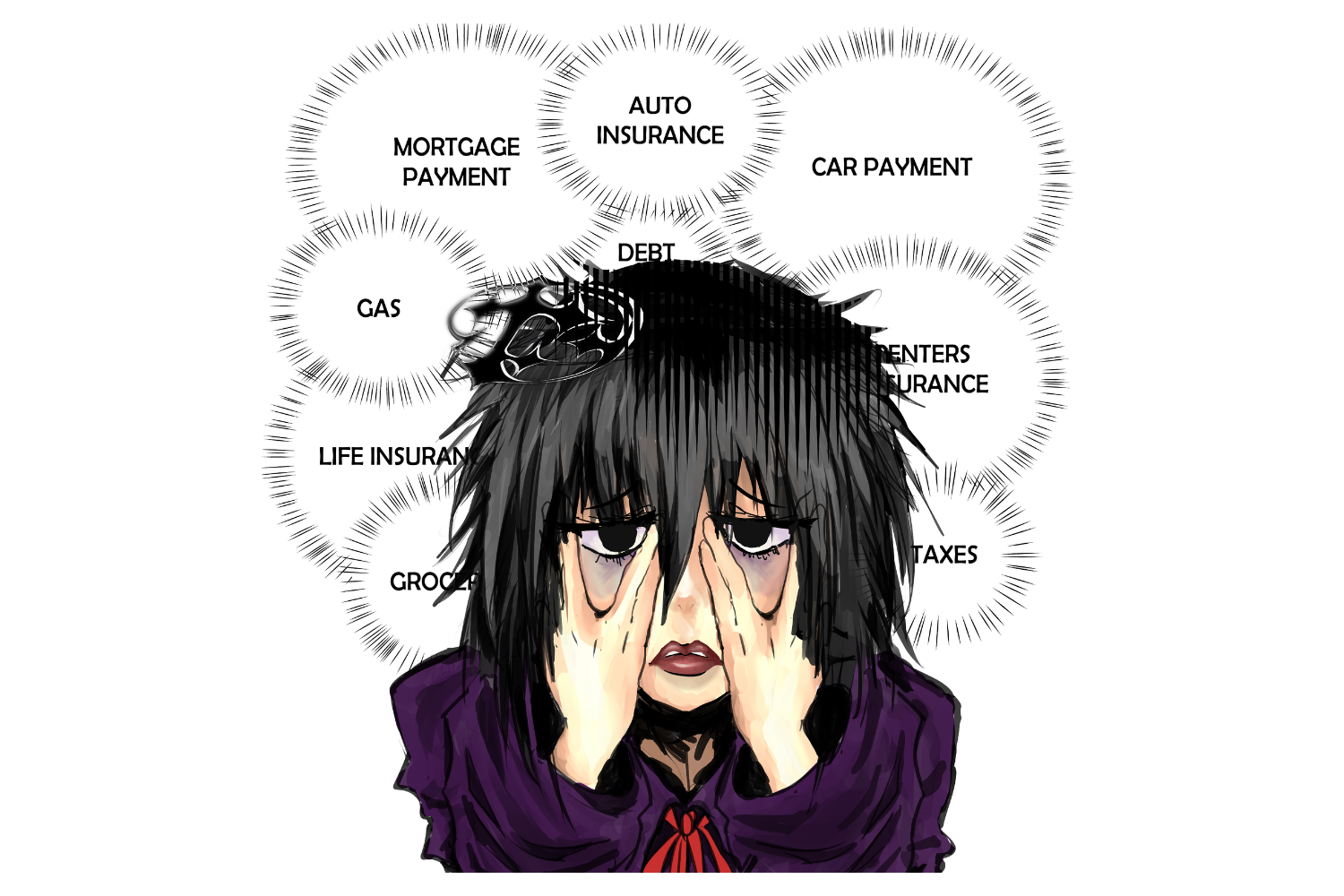 Inflation and rising prices whenever the topic of economics comes up these days. (Diego Resendez)

Inflation and rising prices whenever the topic of economics comes up these days.

It’s the word that comes to most people’s minds whenever the topic of economics comes up these days. It’s a heated debate at times, a genuine economic concern at others. To some, it’s simply the general increase in prices of goods and services as time passes. To others, it’s the difference between eating today or going hungry, affording proper clothing or using whatever they have, achieving their dreams or foregoing them. According to the Living Wage Calculator, created by the Massachusetts Institute of Technology (MIT), the living wage for the United States in 2021 would be $24.16 per hour for a family of four with both working parents, or $100,498.60 per year before taxes. In 2020, the living yearly salary was $89,605.51 before taxes.

It’s no mystery that food prices have increased, especially around the large metropolitan area of Austin, Texas. Food prices increase for a variety of reasons. Shortages, war, crop famine, and working strikes majorly contribute to a food price increase. A study by the U.S Bureau of Labor Statistics studying inflation prices for a wide array of goods in a 12-month period ending in June of this year recently released their statistics.

Henry Perez, an AP and regular economics teacher at Akins High School, commented when asked about concerns he had regarding the cost of living locally and nationwide. “The problem with inflation is that it can be caused by a couple of things. One of the things that inflation has been caused by recently is that during the COVID-19 pandemic, Congress was pushing a lot of money into the economy. With all that new money that was flowing into the economy, it created a situation where you have too many dollars chasing too few goods.”

As more people continue to struggle nationwide with increased inflation, a person’s definition of living changes.

“Living is about finding the resources that you need in order to survive and hopefully those resources will help you do the things you find to be meaningful and fulfilling,” Perez said. “It’s partially about getting the stuff you need. Then the other half of that is how do you give back? How are you there for other people? How are you there for the larger community?”

Perez said his daily life changed with the uptick in prices.

“We had an 8% inflation from last year to this year and teachers got a 2% increase in their pay. So that’s really a 6% decrease in our pay rather than an increase because of inflation. My apartment rent went up by $300 per month. My rent was $1,115 and now it’s $1,440. You’ve got higher food prices, higher gas prices. It all adds up.” 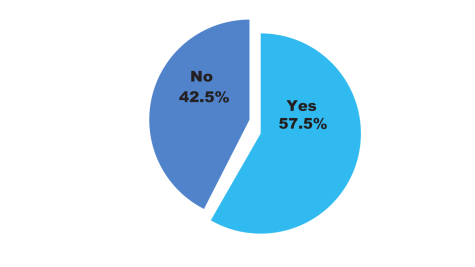 Meg Kozel, a social worker who coordinates the Student Support Services program at Akins, works with homeless students and helps them through the school district’s Project Help program.
She said the program is dedicated to making sure that students have a right to a stable education amidst an unstable housing market.
Kozel said there are currently about 20 students at Akins who are registered as part of the Project Help program.
Through the SSS and Project Help Kozel works to make sure students who are “couch surfing,” or moving around and staying at different homes, have everything that they need to be successful and get their education. She said her job is to make sure that they have all of their basic needs met.

“One of the things that are so hard is as a school, students are here to learn and teachers are here to educate. So, if our basic needs aren’t being met, it’s almost impossible to do any of that.” Kozel said. “We have some students who are struggling because they’re working and trying to contribute to their families while also trying to learn and get their education. We also have students who are navigating what will they do after high school.”

Akins student and staff angst and uncertainty about their personal finances is a hot topic on campus right now, according to results from a recent online survey by The Eagle’s Eye. The questionnaire asked students and staff to share their concerns about rising living prices and how it is affecting their families.

Spanish teacher Bianca Muniz-Chavez said she has concerns over the rising cost of housing payments.

“I grew up in Austin, and it’s been incredibly difficult for me to see (why) the drastic excessive cost of living. Austin is a city that means so much to me and I can’t afford to live in it on my own.”
Sophomore McKenna Carpenter said her parents sacrifice many hours of their time to pay their bills.

“My parents work so hard to keep themselves afloat, my mom works all week and every Saturday even a second job on Saturday and Wednesday as a social worker in a hospital,” she wrote. “My dad works in the heat every day teaching a motorcycle safety class. They’re hard workers, I won’t deny.”

The survey, which had 80 responses, asked respondents, which costs people were mostly concerned about, and 63.7 percent said that the cost of housing was a concern for them.

The survey asked if rising costs of living have made it difficult for individuals and their families to afford to live in Austin in recent years, promoting 62.5% people to say yes and 37.5% of people responding no.

The survey also offered a free response section in which respondents were able to offer anonymous comments. Many people expressed concerns about the rising cost of utilities and taxes. Some criticized the Austin ISD for only providing a 2% raise for some Austin ISD staff, but not all.
“As a counselor, we were left out of this year’s 2% raise for staff. With the cost of insurance going up, we are actually taking a salary pay cut for this year. AISD should be ashamed.”

One anonymous senior said “The challenges my family face are really just only barely making enough to pay for taxes and necessities with a little bit of money left over for other things. Wonder how it’ll be in the next couple of years. 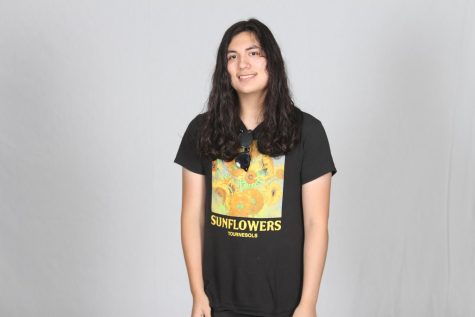 What do you do for fun? Playing video games, reading.

What are your hobbies? Photography and playing chess. 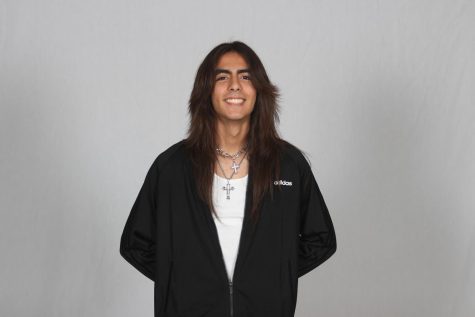 Diego Resendez, Staff Artist
Name: Diego Resendez
Grade:12
Academy: New Tech
Number of Years on Staff:1
Title: Staff Artist
Why do you enjoy being on staff? It is a pleasant experience
What do you do for fun? I enjoy learning new things and getting into new hobbies
What are your hobbies? I like drawing and making sculptures
Hopes & Dreams after high school? I hope to have had many good experiences and fulfill my goals.