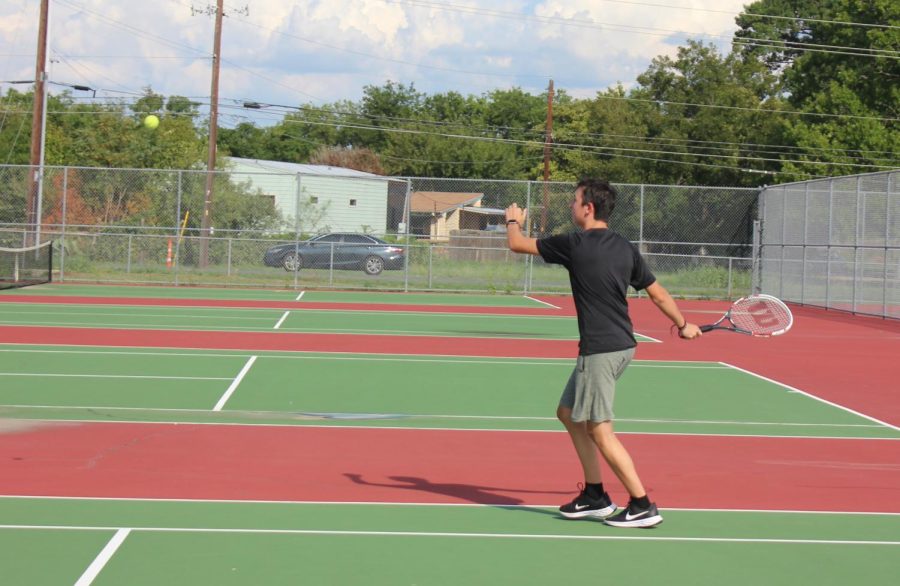 Egan Lutz, gets ready to serve the ball back toward the opposing players on Croceketts tennis team

Tennis Players reveal what motivates them to play

Tennis is an often misunderstood and little appreciated sport in high school, but the athletes who play for the Akins tennis team say it has a lot of appeal for them.
There are two tennis seasons during a school year. One is known as the summer season, which starts as soon as the school year starts and it ends in mid-October. The spring season starts around March and usually includes better temperatures for tennis, making it more enjoyable for players.
During the summer season district play includes singles, doubles, and mixed doubles. The summer season’s district is determined by the team’s overall score whereas the spring season is more individual.
Akins players had many different reasons to join tennis like earning a P.E credit or possibly getting a scholarship for it.
During the district competitions, teams from the surrounding Austin area get-together in October at the UT campus and they play an all-day tournament. It starts in the morning and it usually doesn’t finish until the afternoon. It continues going until everybody from a school’s team is eliminated from the tournament and they either win a medal or they go home.
During the spring season, players have more chances to win metals because the matches are played on an individual basis without doubles partners.
For some players, playing for the Akins tennis team feels more like a club than a sports team because they enjoy spending time together on and off the court. Tennis can also create wonderful memories with members on the court, it can be used to create bonds with teammates. Tennis also should be played as a sport to have fun in, and not glossed over.
Plays said that tennis is a fun sport that they encourage others to take a closer look at. They said it is an underappreciated sports we offer at Akins, and deserves it’s chance by students. 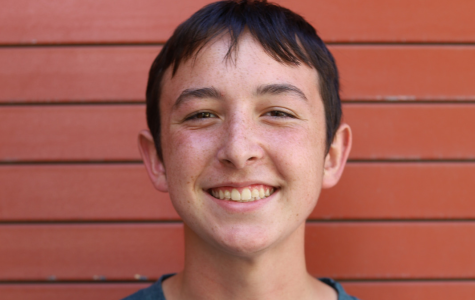 How long have you been playing tennis? At this point? I've been playing tennis for around a year. I started at the beginning of my sophomore year and now we're here. Why did you start playing tennis? I joined tennis because I needed my PE credit. And it also seemed like one of the easier funner sports to do and I was scared of football. What are you looking forward to next season? In the s... 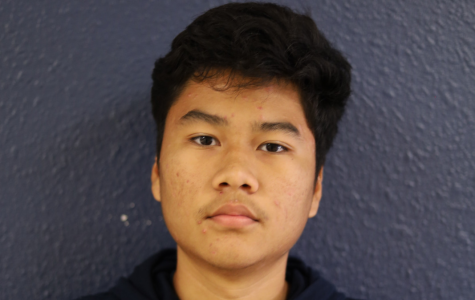 How long have you been playing tennis? This will be my second year. Okay, why did you start playing tennis? My mom got me into the sport. What are you looking forward to next season? Hoping that I can do something for myself and improve over the last year What has been your favorite moment on the court? Well, probably just being with my friends, you know, it's more of a club. Really. I f... 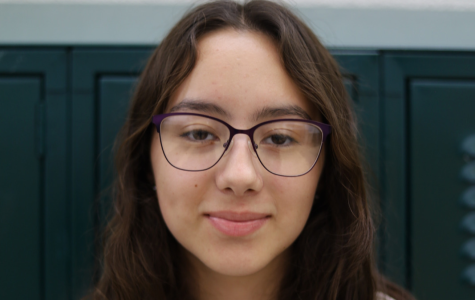 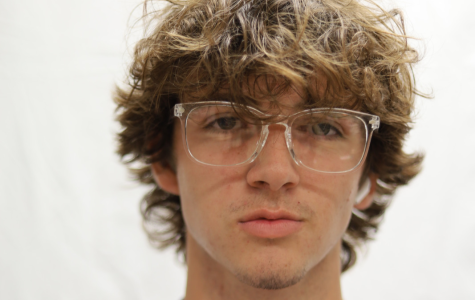 How long have you been playing tennis? Since like, fifth or sixth grade by joining the high school team in eighth grade Why did you start playing tennis? I had relatives and friends who did it. What are you looking forward to next season? Next season I will be a senior so I'm gonna try and get pretty far in regionals as far as I can with the school. What is your favorite moment on the court...