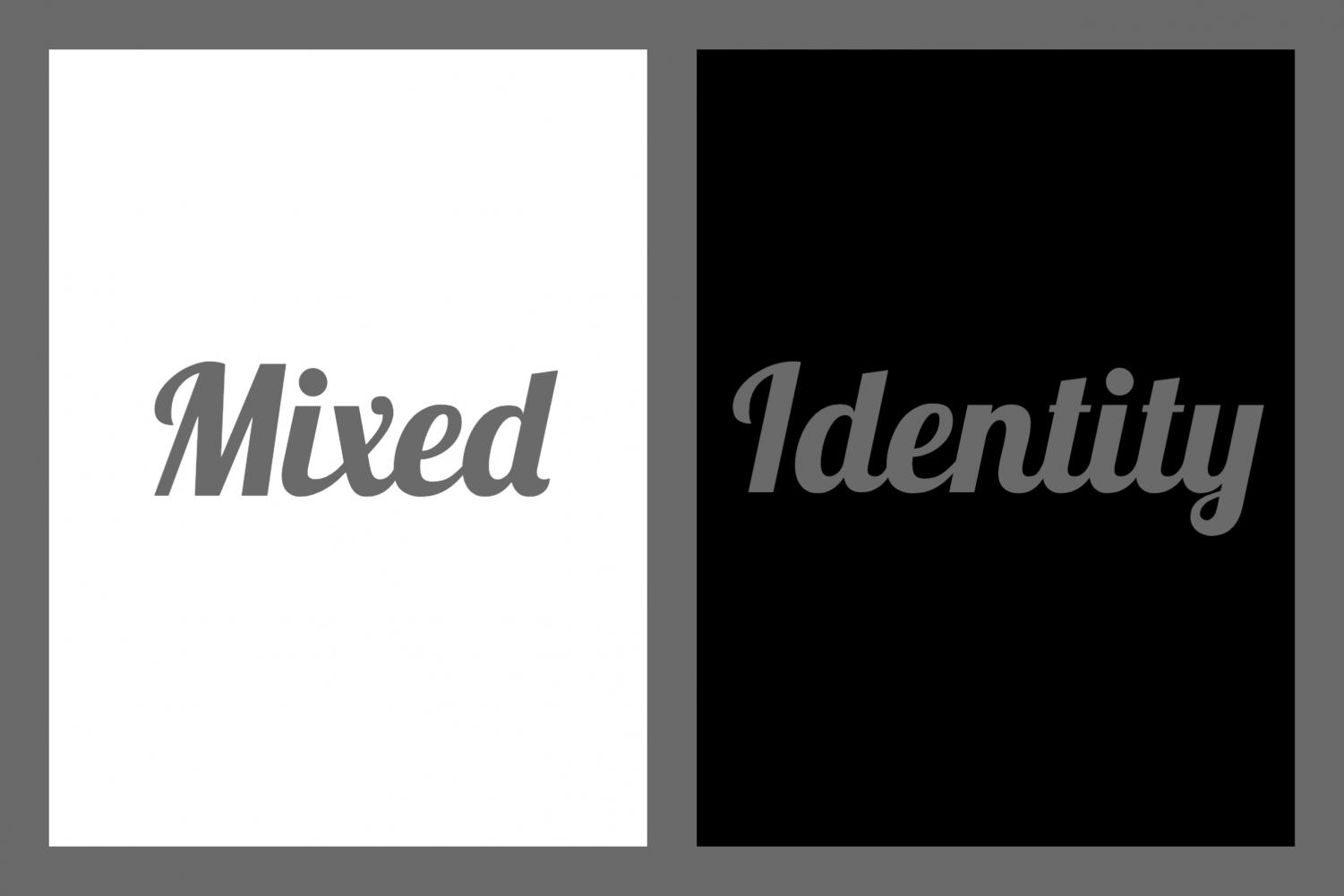 My whole life I’ve been presented with a question that has no simple answer. This question drips with insensitivity at its heart. “What are you?” Rather than who.

For starters, I’m a person, I’m Texan, I’m a baseball fan. But this question isn’t asking for my whole identity. It targets one part of my identity: my race. When people ask me “What are you,” what they mean is “Tell me how to categorize and discriminate against you.”

This question, albeit seemingly harmless, has been the source of a lot of discomfort in my life. I’m mixed — my mom is white and my dad is black. I have two families with drastically different cultures, world views, and experiences and it’s all shaped by this one thing.

Something we’ve seen more and more with shows like Black-ish and it’s spin-off Mixed-ish is the idea that mixed people are often made to choose. People from mixed backgrounds have questions posed to them all the time that force them to either embrace or reject one side of their heritage, depending on how they answer.

For most of my early childhood — the part of our lives where we live in a world of playground disputes that exists without race — I didn’t know there was a problem of being from a mixed background.. I was me, nothing more nothing less. And no one asked me to be more. But then hairstylists and my sister told me that that cut I wanted wouldn’t work with hair like ours, making it harder to ignore, but I didn’t sweat it.

During my younger years, I assumed my very existence demanded respect, or that I could demand it if it wasn’t freely given but my sister became much more worried about this. My sister thought that I didn’t understand that I was different from my friends at my predominantly white elementary and middle school. So much so that she wrote a piece in the middle school literary magazine about her fear that I wouldn’t know I was black.

Blackness, or the perception of blackness, always felt like something that should have been inherent”

I don’t remember much of the piece, just the feeling it left me with. My face was hot, my ears felt like they were glowing but the tears welling up in my eyes felt cold, like putting your hands under a faucet too soon. My sister had always been more like a close friend to me but this concept told me there was more distance between us than I realized. It felt like we’d moved into different apartments in different cities. It felt like how my dad didn’t talk to his family. It felt like now I had something to prove.

Blackness, or the perception of blackness, always felt like something that should have been inherent. My dad was black therefore I too was black, but because my skin is lighter shade I was left with a burden of proof. How black was I? Did I choose not to realize this? And if I chose not to realize it, can I live life without the horrors I’d learned of in school? If I could not be black if I could pick some side that wasn’t black, was my hair suddenly manageable? Was my skin suddenly lighter? Did it suddenly make more sense that I was “So well spoken?”

This question haunted me but how was I supposed to be more black?

I became obsessed with hanging out with the other black kids at my school, who I could count on my hand and each I can remember by name. We sat together and I made jokes I thought were supposed to be part of my community. Then I became infatuated with the Harlem Renaissance. It was my saving grace. It was a time period when people didn’t have to prove their blackness, they just lived it. Existing in the shadow of heritage they couldn’t name, culture they’d been ripped from, and oppression they faced daily they were a beacon of hope for me. I have always had a lot of interest in the bravery behind black intellectuals who excelled in crafts that seemed inherently “white” like poetry and writing novels. It seemed like something that was radical having grown up being told by the (mostly white) teachers in my life. It was treated like some great triumph and shock when I and other kids of color got high grades while it was shocking when white kids didn’t.

Suddenly, this choice my sister had for the first time offered me seemed easy. If this was what it meant to be black well then I’ll gladly take that but the glamour of my new identity was soon lost when for the first time in my life I was called a racial slur. A lot of things will live in our memory forever but the first time a hard R n-word rolls off someone’s tongue it lands like a dagger in your chest.

I immediately was ready to switch sides. Give me a pair of cowboy boots and take all my spices. I’m as white as they come. I’ve never heard of melanin. Is that some sort of sauce? If it is and I never had to realize that half of me was black then “Thank you, I’ll gladly not realize it.”

But it wasn’t just this word that hurt, it was the response when I got upset. I yelled and called the perpetrator racist and was asked to step out. I was admonished and told I was being belligerent and risked being removed from the class. My conversation with one of my favorite teachers in the hallway lasted almost 10 minutes and left me in tears feeling shame and humiliation over the anger I felt. The other conversation lasted 3 minutes and resulted in a half-hearted apology with no eye contact or accountability.

This became the cycle for me. I was made to feel as if I was the villain in my own experiences in racism. It became clear I had to know. I had to be hyper-aware of my own blackness whether that was for the better or not. Suddenly, I was rejecting my white side. It felt shameful and dirty. I felt as if I represented a combination of some unspoken battle, one for freedom and equality and one to oppress.

My mom is by no means racist. She tries very hard to understand this community her children were born into without overpowering the voices of said community but it is hard not to implicate a whole community.

Black history month can sometimes make that worse for me. The swell of pride I feel when it comes to public awareness campaigns and awards celebrating black excellence comes with a bitter taste when the month turns into spring and I am left wondering could I ever be mixed?

Has anyone ever been allowed to be mixed, or are we one or the other? Leaving one identity behind for the safety of the other. It feels like we are forced to fiercely defend our identity like a game of capture the flag, where the stakes are higher and the result leaves more wreckage. 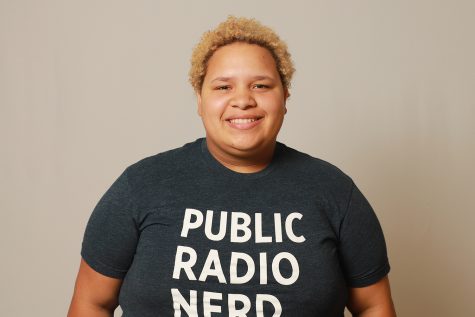 Why do you enjoy being on staff? Ms.Salazar once described The Eagle's Eye as the eyes and ears of the campus and that is why I enjoy being on staff. To help provide a voice to issues happening on campus to provide insight from both sides: staff and students

What do you do for fun? I read, write, and watch tv.

What new hobbies, activities do since quarantining because of COVID? I swim now.

Hopes & Dreams? To be an educator who helps bridge the equity divide in education 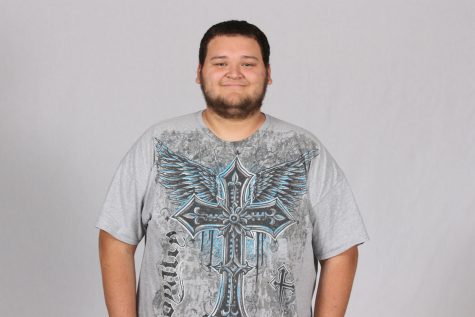 Why they are on staff?: I was first put into this class last year because I was interested in it. Now I'm invested in it, and want to help as much as I can.

What do you do for fun?: Write, listen to music, and play games.

What movie do you recommend that everyone watch?: Bright

Plans for after high school?: Go to college

Hidden Talent (optional): Being extremely loud for no reason
Leave a Comment