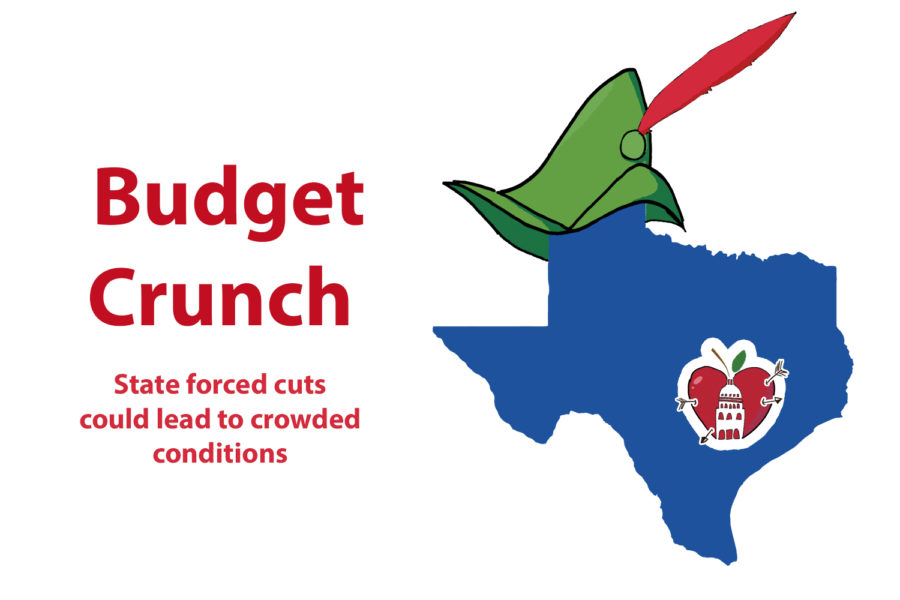 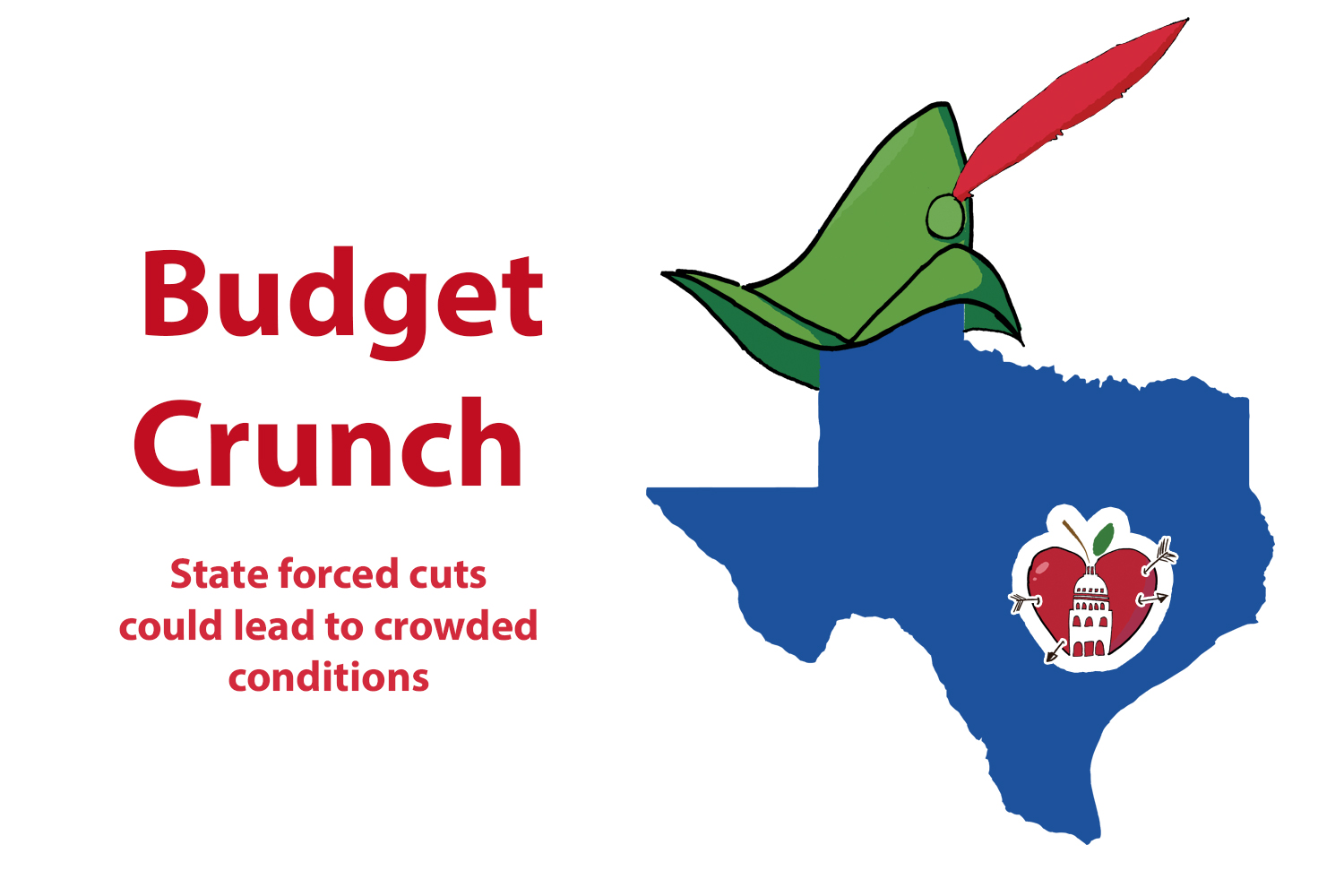 It’s a truth that people often wish were not true, but is one that cannot be denied, especially when it comes to education.

The lack of funding for public schools has been acutely felt in Austin ISD, which now sends almost 46 percent of its own local tax dollars back to the state to be sent to other school districts across the state. It has many in Austin ISD upset, considering the drastic budget cuts the school board is considering making to keep the doors open next year.

My biggest concern is just the effect on students because like I said the larger the class size the more challenging it is for a student to get a good educational experience.”

“My biggest concern is just the effect on students because like I said the larger the class size the more challenging it is for a student to get a good educational experience,” science teacher Ashley Gahan said. “So I mean it’s hard when we’re already over the proposed average that the district is giving to things that were already above the average and then moving even higher is a little daunting.”

Since at least 1876, when the Texas State Constitution was passed, Texans have been fighting about who should be paying for public schools. According to Article 7, Section 1 of the Texas Constitution, “it shall be the duty of the Legislature of the State to establish and make suitable provision for the support and maintenance of an efficient system of public free schools.”

While this language seems clear enough, state lawmakers appear to be struggling with this now that the state government only pays for about 38 percent of the cost of public schools. The majority of the rest of the funding for public schools are covered by local property taxes that are mostly paid by average homeowners.

The state Legislature had a history of underfunding its public schools or providing funding inequitable ways. After several decades of lawsuits, the problem got so bad that in 1993, the Legislature passed a court-mandated equitable school financing plan for all school districts in the state.

This plan, which is commonly called “Robin Hood,” involves property-wealthy school districts sending locally collected property tax revenue to the state to distribute to lower-wealth districts and charter schools. This process of collecting tax dollars and redistributing them is also known
as recapture.

The goal of the recapture system is to help make public school funding more equitable between school districts.

However, according to a recent report by the Center for Public Policy Priorities, today recapture has a bad reputation because Texas public schools are so severely underfunded. The lack of funds causes property-wealthy districts like Austin ISD to lack sufficient funds to meet the growing needs of their students.

Critics of the Robin Hood system say that the formulas used to determine the guaranteed level of per-student funding are outdated and do not reflect the true cost of providing a high-quality education. As a result, some districts have seen their recapture payments grow — and more districts have fallen subject to recapture.

By the fiscal year, 2019 Austin ISD anticipates the district will send $669.6 million to the state in recapture funds. This amount is predicted to increase by $115 million to $784.6 million in 2020. From 2002 to 2019, Austin ISD will have paid the state of Texas more than $3.7 billion in recapture payments, according to an email response from Cristina Nguyen, an Austin ISD spokesperson.

Austin ISD currently spends almost half of its tax revenue (46 percent) toward the rest of the state. This affects AISD disproportionately because it means the district can’t focus its funds on things it needs and must maintain, Nguyen said.

With so much of Austin ISD’s tax money being sent to the state, that leaves a limited number of dollars to actually use toward students in Austin. In the current year’s budget, only 32 percent goes toward paying for instruction, curriculum, and staff development.

One way this impact has been felt at Akins in recent years is the cutbacks in staffing that have affected the campus’ academy system. Until the 2017-2018 school year, most students in each academy took their core classes with other students in their same academy. The idea of students taking core classes with only students in their academy was promoted as a way Akins offers smaller learning communities despite the fact the campus serves more than 2,800 students.

However, budget constraints have forced campus administrators to abandon that approach, and since the beginning of the 2017-18 school year, core classes at Akins are comprised as a mix of students from all over the school and are not academy specific like they used to be.

“I remember it being that way during my freshman year. I kind of liked it,” senior Ben Dobbs said. “These were the people that I was like when I was with, mainly STEM students. I still have my (elective STEM classes) like my regular engineering classes, but I mean there are times where there are no STEM kids in a single class.”

Another way Akins has suffered from budget cuts this year is the loss of district support for sheltered classes for English Language Learners at the high school level. Sheltered classes allow students who are learning English as a second language the chance to take their core classes with
other English learners.

Without sheltered classes, students who are recent arrivals and know very little English often struggle when they are placed in large core classes in which the teachers are not trained to support them. The district decided to shift its resources for ELL students to the elementary level.

To avoid sending these English learner students into regular core classes, the Akins administration decided to scrape together campus funds to pay for the sheltered classes for this year.

Social studies teacher Christine Velasquez, who specializes in ELL, said she understands why the district wants to focus on the elementary level so they can help younger students transition to English earlier. However, she said the district’s shift in resources away from the secondary level will leave recent arrivals without support unless campus administrators step in to address the need out of their limited discretionary funds.

“So my understanding is that the funding was here at the high school was taken and given to elementary schools,” she said. “So that way there would be something in the years to come and we wouldn’t have so many students coming from elementary still being considered English language learners in high school. And so that’s why now we’re limited in staff because the funding moved to elementary but we still have newcomers that do come to the schools.”

The Strain on Security 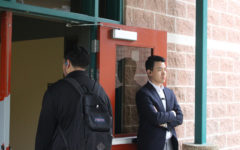 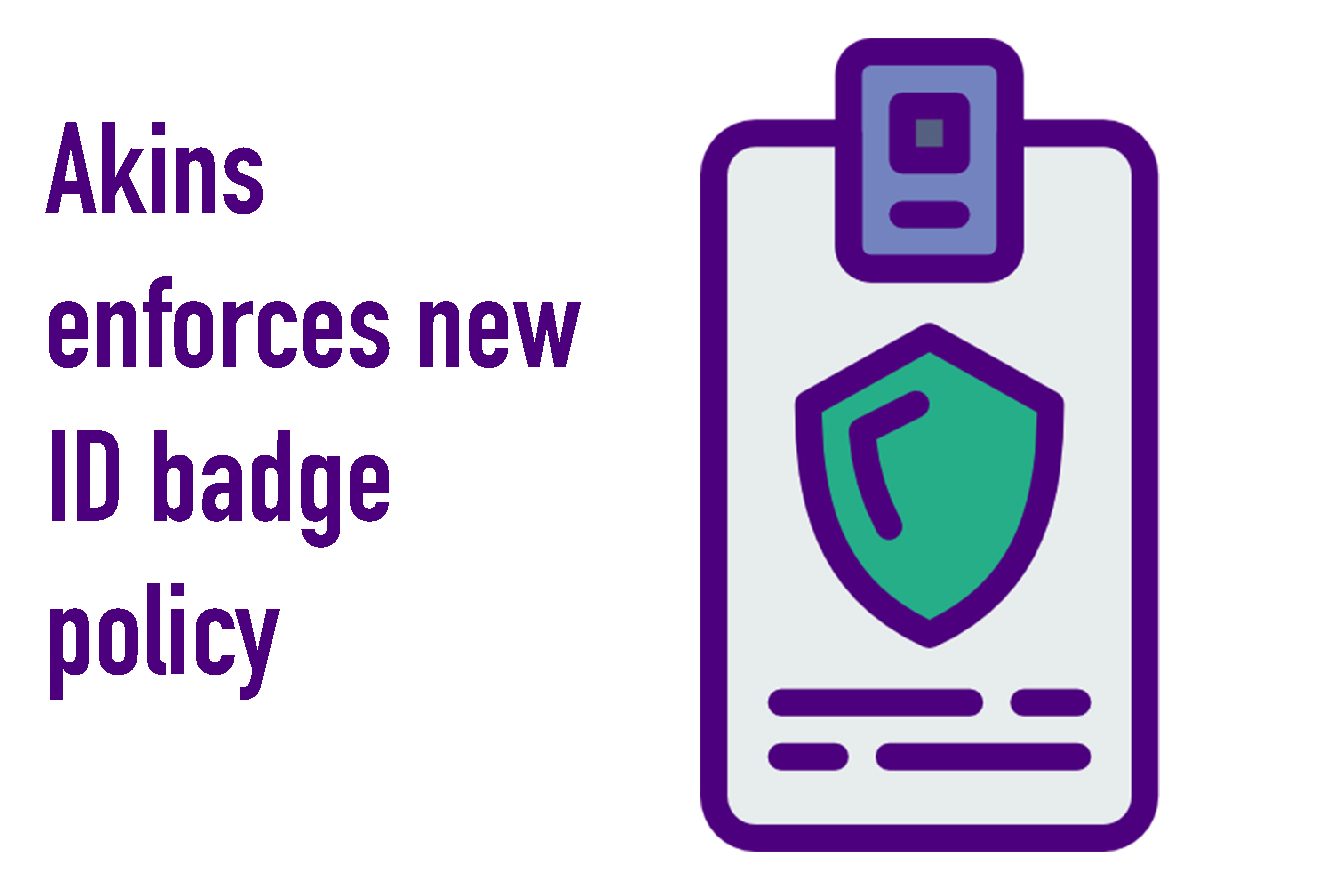 After a student was spotted with ammunition on a bus bound for Akins last February, prompting a lockdown, administrators have worked to improve campus security. Entrances to the main building are locked on a more regular basis than they used to be, but there are still ongoing concerns that have not been addressed.

“I feel like if they wanted to increase security more they probably want to start putting an officer at every door almost at all times to prevent these things from happening again,” Ben Dobbs said.

The campus’ more than 20 portable classrooms are particularly difficult to secure because of their lack of fencing and open-air nature. The portables cause problems for both teachers and students.

One example is sometimes students can’t use the restroom because the gates to the building are locked and the doors to the cafeteria are sometimes locked so students can’t easily access a restroom.

However, there is no funding to replace the portable classrooms with a permanent building that would be more secure and provide easily accessible restrooms. Currently, the district is only able to allocate 8 percent of its entire budget toward security to all its schools.